What to do if your flight is canceled?

Travel expert Brian Kelly says flight cancellations are consistently happening. He shares tips on tracking your flight and what to do if it is canceled?

The Transportation Department is proposing to require airlines to offer passengers a refund if their flight schedule is changed significantly or the airline makes major changes to their itinerary.

The proposed rule announced Wednesday would require airlines to give refunds if their departure or arrival time changes by three hours or more for a domestic flight or at least six hours for an international one.

Refunds would also be due if the airline changes the passenger’s departure or arrival airport, adds stops in their itinerary, or causes "a significant downgrade" in the travel experience by switching to a different type of plane.

The rule would apply even for travelers who buy nonrefundable tickets, which usually cost less and are favored by many leisure travelers.

The proposal comes after the department was flooded with complaints by passengers whose flights were canceled or changed — or who were afraid to fly during the early months of the pandemic — and who couldn't get refunds.

RELATED: Delta passenger explains why he declined $10K offer to give up airplane seat

Airlines prefer to hand out travel vouchers instead of refunds.

The department proposes to require that airlines and ticket agents give vouchers that don't expire for passengers who are told not to travel during a pandemic for health reasons or because borders are closed.

The proposal faces a public-comment period and likely opposition by airlines. Their trade group, Airlines for America, did not immediately comment. 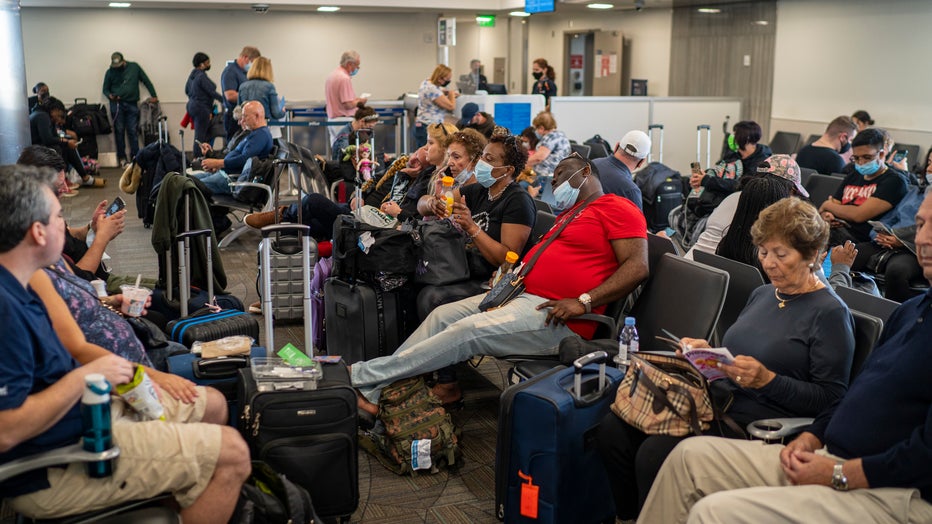 Currently, airlines are required to offer refunds to passengers whose flights are canceled or significantly changed, but it has never defined a cancellation or significant change. Because of that, airlines have challenged the Transportation Department’s authority to force them to pay refunds.

"When Americans buy an airline ticket, they should get to their destination safely, reliably, and affordably," Transportation Secretary Pete Buttigieg said in a statement. "This new proposed rule would protect the rights of travelers and help ensure they get the timely refunds they deserve from the airlines."

Consumer complaints filed with the department rose nearly seven-fold in 2020 from the year before, and 87% were about refunds.

The department will take public comments on the proposal for 90 days. A group that advises the department and includes consumer advocates scheduled an online meeting to discuss the rule on Aug. 22.