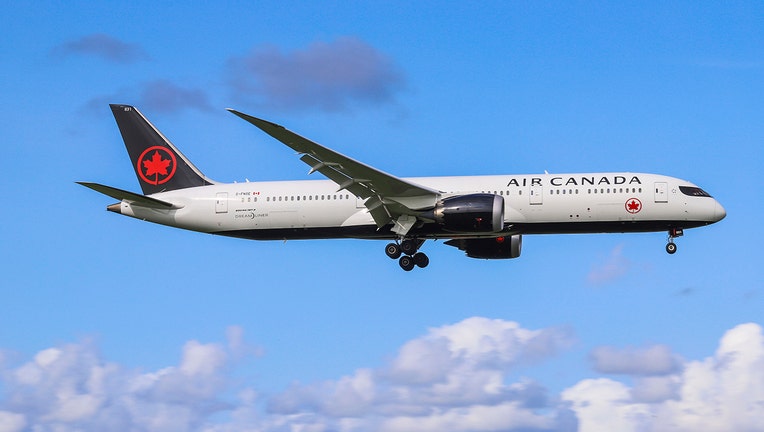 Airlines are extending their suspension of flights to mainland China, while more retailers are putting an estimate on the economic damage they expect to incur from the virus outbreak in China.

Here is a look at the latest developments on how the virus is affecting global business:

AIRLINES: Air France and partner KLM are prolonging to at least March 16 their suspension of flights to mainland China. Air France normally has 26 flights per week to Beijing, Shanghai, and Wuhan. Its current suspension was meant to last until Sunday. After mid-March, Air France and KLM plan to gradually resume services, together offering one daily flight to both Shanghai and Beijing, either on Air France from Paris or KLM from Amsterdam. Spain’s national airline, Iberia, has extended to the end of April the suspension of its thrice-weekly return flights to Shanghai. Virgin Atlantic said Thursday it was suspending its London-Shanghai flights until March 28. British Airways has also halted all flights to China, apart from Hong Kong. 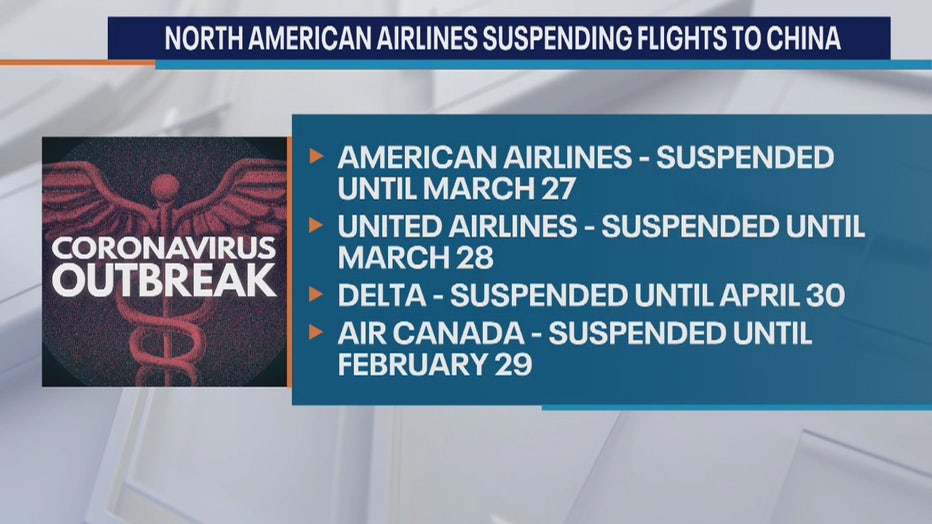 RESTAURANTS: The company that owns KFC and Pizza Hut in China says more than 30% of its 8,790 restaurants there are closed. At restaurants that remain open, same-store sales — or sales at locations open at least a year — have fallen between 40% and 50%. Yum China Holdings Inc. says it’s still seeing some delivery business, and it’s providing 1,000 free meals per day to hospital workers in Wuhan, China. Yum China — a spinoff that pays royalties to Yum Brands — said it’s not yet able to say what the full financial impact of the virus will be. McDonald’s and Starbucks have also closed hundreds of restaurants.

CLOTHING: The luxury brand Tapestry warned that the virus outbreak in China is “significantly impacting” its business. The owner of Coach and Kate Spade said the majority of its stores in China are now closed. Reporting earnings on Thursday, the New York retailer said it expects sales in the second half of the year could be clipped by $200-$250 million because of the outbreak.

HUAWEI TECHNOLOGIES: The smartphone maker said it will attend the industry’s biggest annual event, the Mobile World Congress in Barcelona, as planned this month. The company is preparing for the first global release of a new handset since U.S. sanctions imposed last year on security grounds cut off access to Google apps and other American technology. Huawei, which denies being a security risk, has yet to say whether that will happen in Barcelona. Its smaller Chinese rival, ZTE Corp., said earlier it will attend the Barcelona event but canceled a press event for the release of new devices.

NIKE: The world’s largest sports apparel brand said the closure of some stores in China, its biggest growth market, will have a short-term “material impact” on operations. Nike said it has closed about half its stores in China and retail traffic in those that still are open is lower than expected. China accounted for 17% of Nike’s 2019 revenue.

CAPRI HOLDINGS.: The parent of Versace, Jimmy Choo and other designer brands said it expects virus-related disruption to its business to reduce this quarter’s projected revenue by $100 million. The company has closed 150 of its 225 stores in China. “This estimate could materially change if the severity of the situation worsens,” said a company statement.