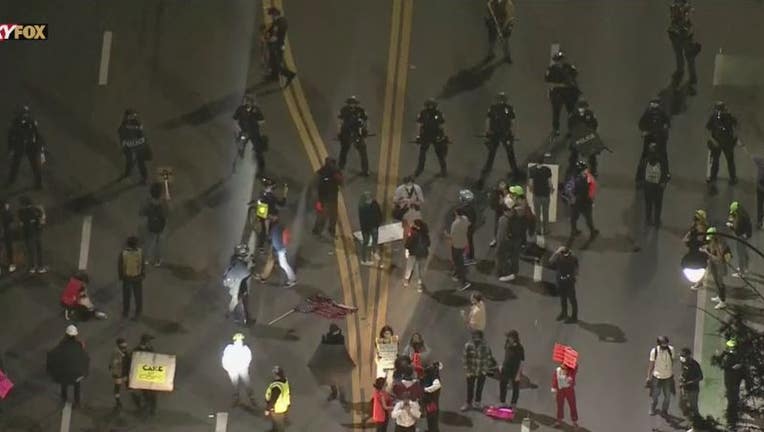 BEVERLY HILLS, Calif. - About a dozen protesters were arrested Thursday night for failure to disperse, and at least one person for alleged "assault on a police officer'' during a demonstration organized by the Black Future Project in Beverly Hills.

The protest was scheduled for 6:30 p.m. near Moreno and Lasky drives near the city's western border, according to the Beverly Hills Police Department.

Officers gave the crowd multiple disperse orders and after the crowd's "failure to comply,'' officers surrounded the protesters and multiple people were arrested, according to Beverly Hills Public Information Officer Keith Sterling, who also said at least one person was arrested for assault on a police officer.

The Black Future Project is demanding "all schools in LA County receive equitable access to educational funding regardless of their'' ZIP code, according to a statement posted on its Instagram account.

The group is also seeking the repeal of Beverly Hills' ban on nighttime  gatherings of at least 10 or more people on residential streets and other public places in residential areas in response to two protests that "disrupted the tranquility'' of a neighborhood. 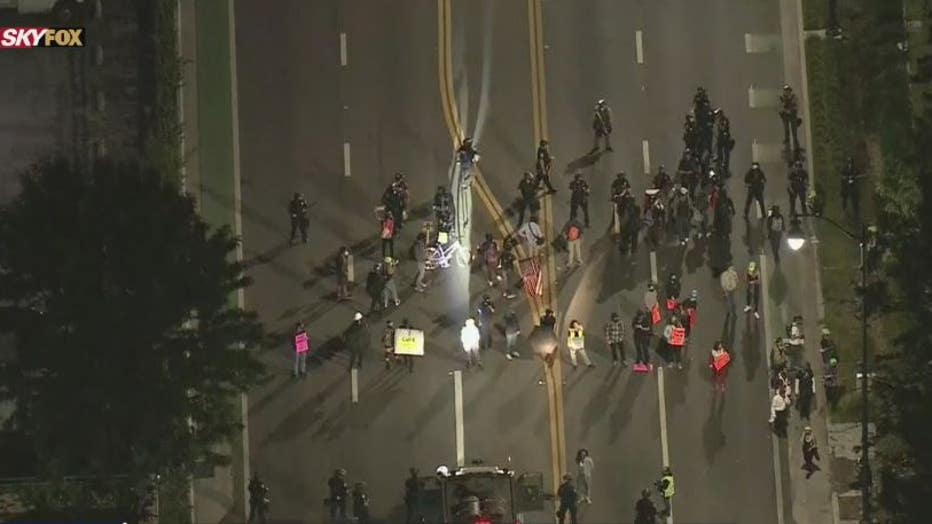 The group chose Beverly Hills as the site of the protest because its residents "having historically separated themselves from the city of Los Angeles in an act of deliberate wealth hoarding, is an iconic representation of the systems of oppression we strive to fight against and dismantle,'' the statement said.

Black Future Project staged a protest in Beverly Hills that began the evening of June 26 and continued until early June 27, and 28 people were taken into custody, mostly for unlawful assembly, according to Sterling.

"Beverly Hills did NOT `historically separate themselves from the city of Los Angeles in an act of deliberate wealth hoarding,'' Mirisch wrote on his Facebook page.

Mirisch also made reference to a 1923 vote when Beverly Hills rejected being annexed by Los Angeles over water.

Mirisch also wrote "the economic stereotype the organizers are attempting to paint is simply wrong: more than half of Beverly Hills' residents are renters.

"The median household income of Beverly Hills is not even in the top 10 of LA County,'' Mirisch wrote. "It is less than Walnut, Redondo Beach, Marina del Rey. It's on a par with Ladera Heights. 9.5% of our residents are under the poverty line.''