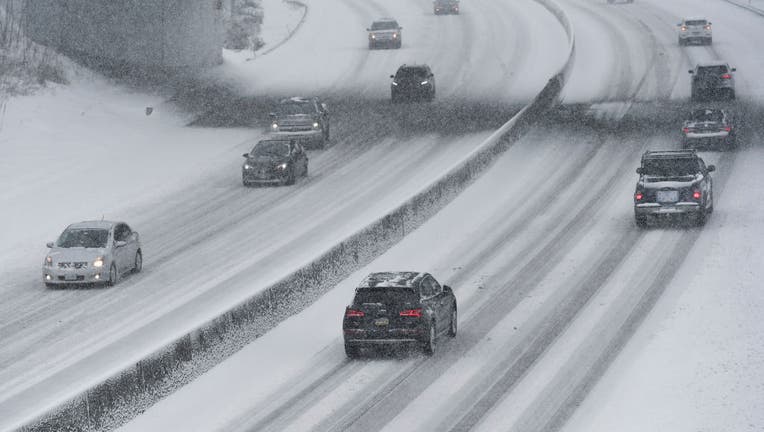 WASHINGTON - AAA is estimating 112.7 million people will travel 50 miles or more away from their homes between December 23 to January 2.

The agency said that's more than 3.6 million travelers than last year and close to pre-pandemic levels. 2022 could shape up to be the third-busiest year for holiday travel since AAA began tracking in 2000.

"This year, travel time will be extended due to Christmas Day and New Year’s Day falling on Sundays," Paula Twidale, AAA’s Senior Vice President of Travel, said in a news release. "With hybrid work schedules, we are seeing more people take long weekends to travel because they can work remotely at their destination and be more flexible with the days they depart and return."

RELATED: Average price of gas plunges to cheapest in over a year

Georgia woman travels 5,000 miles to surprise her parents for Thanksgiving

Lesley Hauler, who currently lives in the United Kingdom, flew thousands of miles to her hometown in Atlanta, Georgia to surprise her parents for the Thanksgiving holiday. The video captures the heartwarming reunion. (Credit: Lindsay Hauler via Storyful)

Meanwhile, air travel could see a 14% increase compared to last year, with 7.2 million Americans taking to the friendly skies. AAA says demand for flights has surged despite higher ticket prices.

"If the distance is not reasonable to drive, more people are taking to the air to maximize the time spent at their destination," Twidale added. "Conversely, if the travel distances are reasonable and more than one or two people in the household are taking the trip, it may be more cost-effective to drive rather than buy multiple air tickets, rent a car, and spend too much money before the fun even begins."

The nationwide average price for a gallon of gasoline has plunged to $3.26, the cheapest it’s been in over a year.

The agency said there are now approximately 34 states with averages lower than last year. However, western states including California, continue to see gas prices higher than the national average. Whereas many southern states, such as Texas, are seeing the exact opposite.