Get Inspired: How one man plans to make a difference

LOS ANGELES - When you first meet the Stacy family you might be taken back by how kind, friendly, and personable they are. But, they have also suffered unimaginable loss… and they know there’s more to come.

Kelly and Bill are the proud parents of four boys. But their lives were changed forever when three of them… were diagnosed with "Duchenne Muscular Dystrophy." It’s an extremely rare disease that leaves kids, mostly boys, with impacted motor functions. Most will eventually end up in a wheelchair… and there is no cure. The average life expectancy is about 25-years-old.

"I mean, people are just starting college and figuring out who they want to be and starting their careers when they’re 25. But people with Duchenne, you know, that’s their final day," stated Elijah Stacy.

The Stacy’s lost their middle son Max to the disease two years ago. It was a profound loss that affected their entire family, but they didn’t let it define them.

Even in the pain… the Stacy’s found purpose... especially Elijah. The 20-year-old was diagnosed as a toddler and has been in a wheelchair since he was 11. He knows his time here is limited but with the time he has left...he wants to change the world.

"I thought, why can’t I do it now? Like what? What’s stopping me from doing something great for the world now?"

As a teen doctors told Elijah he would need a surgery to correct his spine. It’s a painful operation that inserts a metal rod into a patient’s back. But Elijah wasn’t ready to accept that fate.

"And I’m smiling because I’m not accepting this. I’m like… this is not happening. Because it became another thing someone says, I can’t do something. It’s like, no I want to. I want to prove that I can do it." 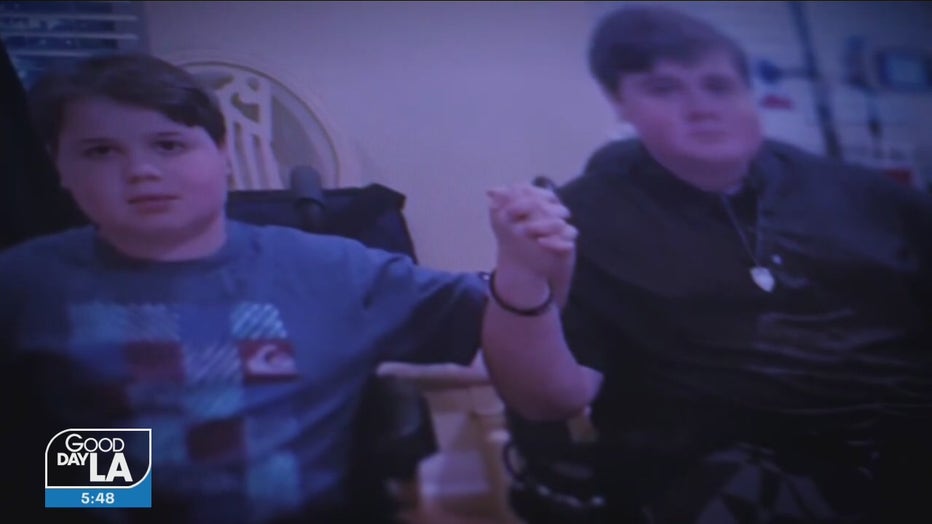 He decided to beat the odds and fix his spine without surgery. It had never been done before… but his doctor gave him "A Small If."

"That’s all I needed to hear right now… is my small chance of opportunity," he exclaimed.

He swore off sweets, ate healthier, and put himself through intense physical therapy. Three months later he successfully changed the shape of his own spine. But that was just the start of how Elijah would change the world. He also wanted to share his story and give a voice to others like him.

"When it comes to Duchenne muscular dystrophy, there's really not a face behind it right now. There's such a lack of awareness. I realize that if we can make this disease cared about, tons of funding will come in and we really need that money to come in and to help advance this cause."

First, he started a nonprofit at the age of 15 to raise money and awareness. Then he decided to write a book… appropriately named "A Small If."

"So I decided, no, I’m going to write a story about my life. And I think that all the suffering and adversity that I went through can help other people," Elijah stated.

Each chapter focuses on a life lesson Elijah has learned. Lessons we could all benefit from. Lessons he hopes will change the lives of anyone who reads it.

It’s a path his parents are very proud of

"He truly cares about people. And his biggest goal is to tell all of the boy’s story. All the boys with Duchenne story," his parents said.

And the takeaway Elijah wants others to have?