The Los Angeles Fire Department responded to a call of a crash in the 7400 block of Van Nuys Boulevard a little after 8:15 p.m. Firefighters say a total of eight people, one of them a pedestrian, were hurt in the crash. LAFD initially reported 10 people hurt but later said two people turned down chances to be taken to the hospital. 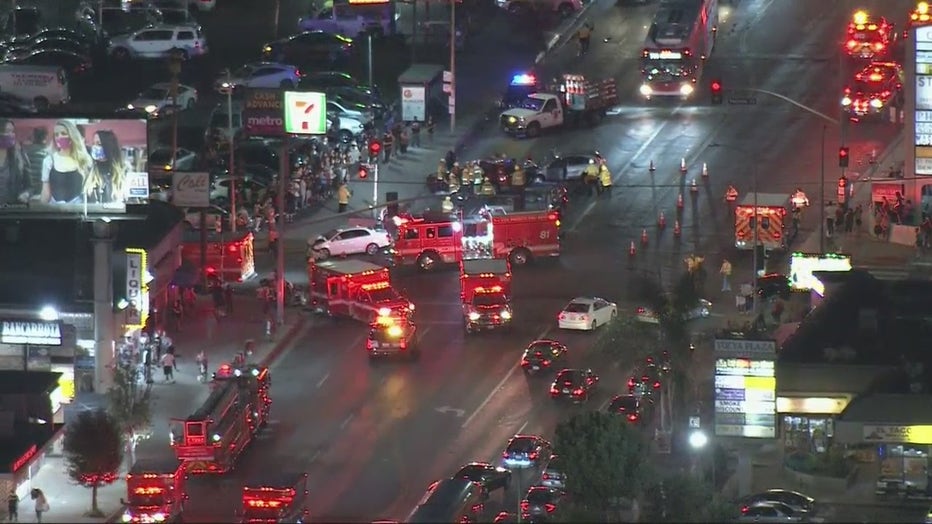 Officials say six of the eight people hurt in the crash were taken to the hospital. All patients are expected to eventually recover.