Los Angeles County is making progress in vaccinating the most vulnerable residents. On March 1st the county will start offering vaccines to those in education, childcare, food and agriculture and first responders. But are their enough vaccines coming into the county? And will the supply meet the demand?

LOS ANGELES - The COVID-19 death toll in Los Angeles County tragically spiked upward on Wednesday after a review of death certificates dating back to early December, confirmed 806 more fatalities attributed to the virus.

Meanwhile, more cases of a COVID-19 variant first discovered in the United Kingdom have been detected in the county, raising the overall total to 18. The new cases include two that were confirmed as part of a four-case outbreak at USC, with the other two patients also suspected of having the UK variant but are awaiting lab confirmation.

"The individuals are doing well and they are in isolation,'' county Public Health Director Barbara Ferrer said. "Close contacts have been identified, notified and they're quarantining.''

She said no cases of a South African variant have yet been detected in the county. But she said a California variant that UC San Francisco researchers say has become the dominant strain statewide is believed to have a wide presence in Los Angeles County. Ferrer said she has not fully reviewed the UCSF research, but: "We can confirm that between 40 and 50% of the samples
that we sequenced in the public health lab since December contain what is known as the (California) mutation of interest.'' The strain is referred to as
20C/L452R. 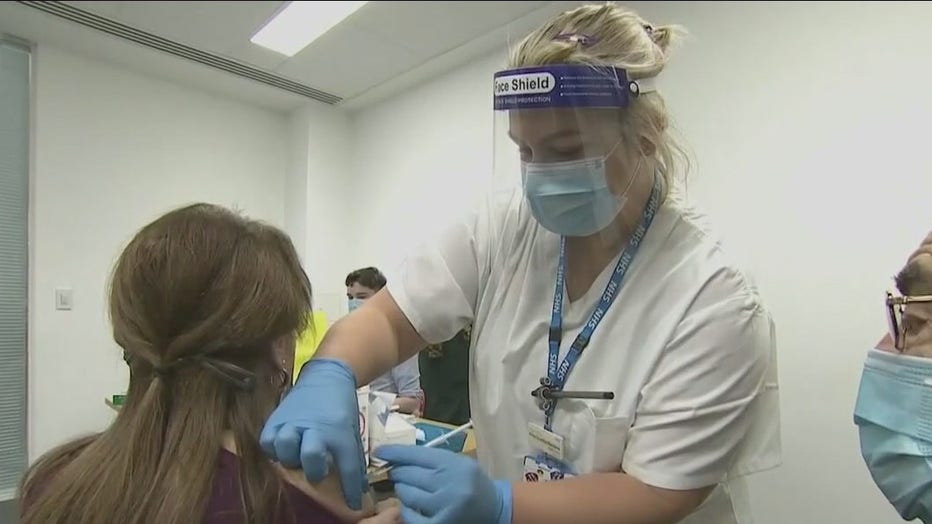 UCSF researchers suggested that current vaccines could be less effective against the California variant, and they fear it could potentially combine with the UK variant to take on an even more virulent form.

As of Wednesday, the county's death toll from COVID-19 stood at 20,987, with 136 new fatalities reported. But the death toll now includes another 806 deaths that occurred in the county as early as the beginning of December that have just been listed as COVID fatalities.

Ferrer also reported another 2,157 confirmed cases of COVID-19, raising the overall total since the pandemic began to 1,185,457.

"The majority of these deaths occurred during the surge between Dec. 3, 2020, and Feb. 3, 2021,'' Ferrer said. "This was a period as you all know when very many deaths occurred across the county and not all of them were reported to Public Health because of the volume of records.

She noted a continuing decrease in the average daily number of new cases, which is now hovering around 1,300 -- a dramatic drop from early January
but still slightly above the 1,200 daily average seen in early November, before
the winter surge began.

"We've not yet seen any indication that Super Bowl weekend led to increases in cases, but we still need to be on the watch for these increases over the next week or two, and they can be associated both the Super Bowl and with the Presidents Day holiday weekend,'' Ferrer said.

The three-day average number of people hospitalized due to COVID in the county has fallen to 2,243, Ferrer said, down dramatically from 8,000 in early January.

According to state figures, the number of people hospitalized in the county as of Wednesday had dropped below 2,000, falling to 1,988, with 600 people in intensive care.