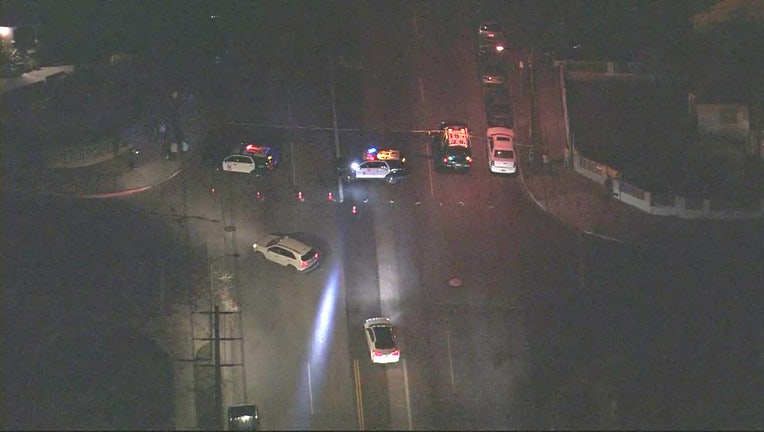 LOS ANGELES - An 80-year-old woman was killed Wednesday evening in the Sylmar area after getting hit by a car as she walked outside the crosswalk, Los Angeles police said.

The crash happened near the intersection of Hubbard Street and Dronfield Avenue shortly before 7 p.m.

The Los Angeles Police Department says the driver of a vehicle described as a white mustang kept going after the collision. The victim, identified Thursday as Celia Rivera of Sylmar, was pronounced dead at the scene.

No suspect description was immediately known.

Police believe the driver may have been driving a Ford Mustang.