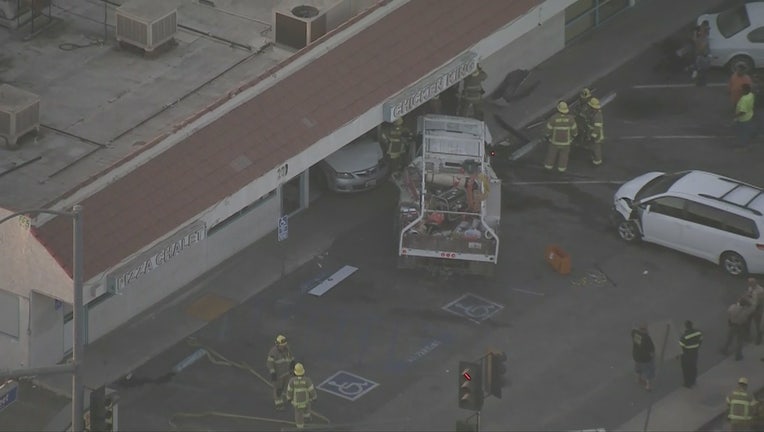 The crash happened shortly after 5 p.m. in the 200 block of W. 4th Street with several vehicles involved in the crash. At least one vehicle crashed into a nearby building, according to the Riverside Sheriff's Department.

The business suffered significant damage, according to Cal Fire Riverside.

All eight people injured were rushed to a local hospital with moderate injuries, Cal Fire said. 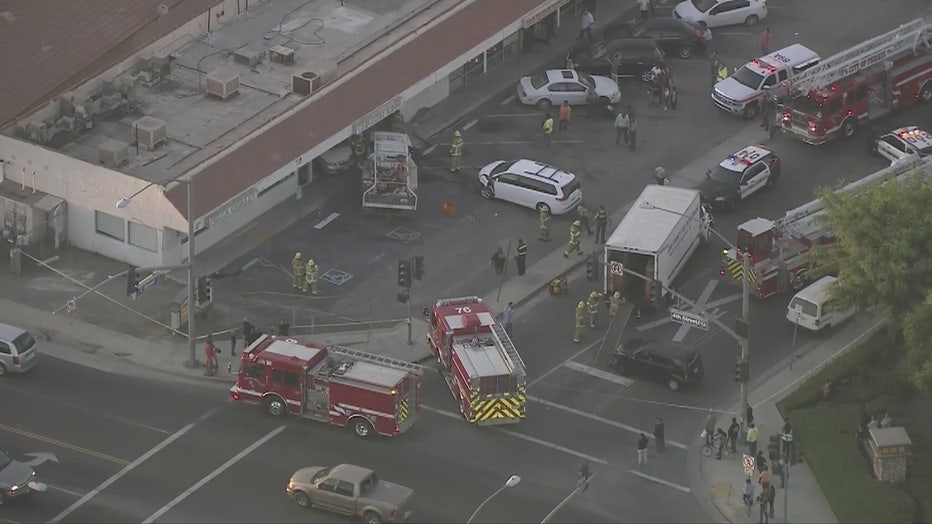 The immediate area was shut down and the public was asked to avoid the area.