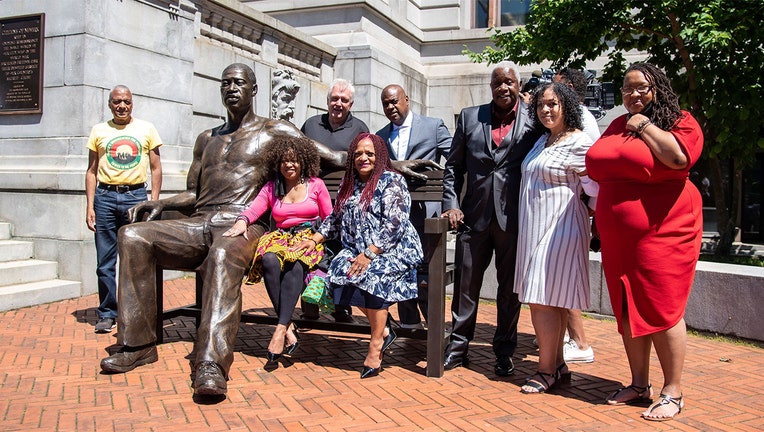 A George Floyd statue was unveiled in Newark (City of Newark)

Mayor Ras Baraka along with actor and filmmaker Leon Pickney, who commissioned the statue, and artist Stanley Watts unveiled the 700-pound bronze statue that was donated this week to the city.

The statue is expected to remain in place for at least a year.

"Hopefully when people walk by and they see it, and they participate, hopefully it inspires them to become active in the struggles that are happening right here in Newark and right here in New Jersey," Baraka said.

Floyd’s murder at the hands of a Minneapolis police officer last year fueled a global movement for racial justice.

Former Minneapolis police officer Derek Chauvin was convicted in the case this year.

The unveiling ceremony for the Floyd statue also honored Juneteenth, which is Saturday.