FORESTVILLE, Md. - A Maryland girl who decided to forgo gifts on her birthday to help the victims in Puerto Rico affected by Hurricane Irma and Maria has collected thousands of cases of water along with care packages for the Caribbean island.

Sixth-grade student Dashai Morton celebrated her 12th birthday on Oct. 10 and her wish for the big day was to donate 500 cases of drinking water for the people of Puerto Rico. She reached out to her community to help with an effort she named #ProjectGiveback. When her birthday finally arrived, she had collected 460 cases. In order to reach her goal of 500, Dashai used birthday money she had been given to buy the remaining 40 cases.

Over a week later, Dashai has now collected more than 3,000 cases of water bottles along with non-perishable food items, baby formula and toiletries, according to Dashai's mother.

On Friday, FOX 5's Bob Barnard visited Dashai and her mother at North Forestville Elementary School in Forestville while they packed up all of the water and supplies into a moving truck that will transport the items to the American Black Cross' warehouse in Dallas.

Dashai said she visited Puerto Rico on a cruise with her grandmother before the storm hit and called it an amazing place. She said that trip made her want to help after seeing the devastation caused by the storm. "They need everything to help them to build back," she said.

The supplies will then be shipped to Aguadilla, Puerto Rico. 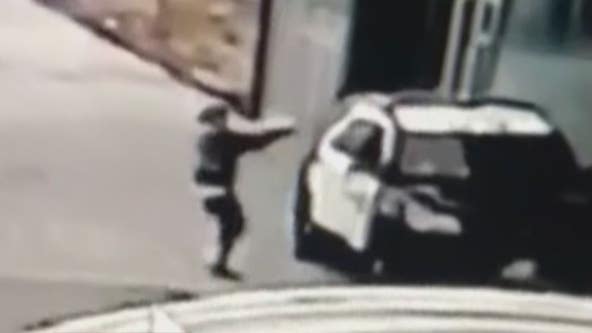