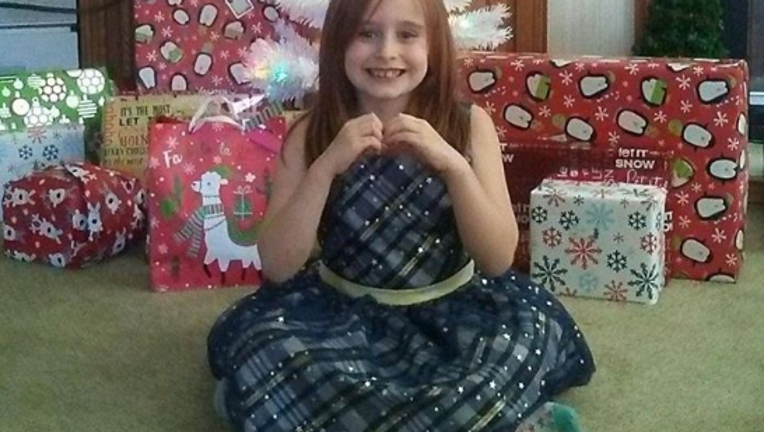 CAYCE, S.C. - Officials held a press conference on Tuesday announcing the findings from the tragic death of six-year-old Faye Swetlik from South Carolina.

Swetlik went missing around 3:45 p.m . on Monday, Feb. 10 in Cayce. During the press conference, Cayce Director of Public Byron Snellgrove describes her mother frantically calling friends and gathering neighbors to search for her daughter. Unable to located her, Swetlik's mom placed a call to 911 around 5 p.m. The area was swarmed by more than 50 law enforcement officers for the rest of the night as they canvassed the area.

Snellgrove said that despite rain on Tuesday that made their search difficult, they searched every pool, creek, culvert, manhole trashcan, shed, play structure, woods and anywhere else that a young girl could be.

As the search entered day three on Wednesday, law enforcement numbers grew to nearly 100. A State Law Enforcement Division helicopter was brought in as well as numerous K9 teams.

Authorities began going door to door for any information, searching and interviewing residents at a total of 280 homes in the Churchill neighborhood. With no leads from this, Caycee police decided to bring in another city agency they believed could help.

Thursday, Feb. 13 was trash day for the Churchill community. Partnered with the city's pickup service, police followed a garbage truck through the neighborhood. Every time a bin was dumped onto the truck officers diligently combed through the items, looking for anything that could lead them to Swetlik's whereabouts.

Around 10 a.m., a bin was emptied at 602 Picadilly Square. In it, police found a child's pink polka-dotted boot and a soup ladle that had freshly dug dirt in it. Following this discovery, Public Safety Director Snellgrove began looking around behind the townhomes where the trashcan was picked up. It was then that he found the six-year-old's body in a wooded area.

Lexington County Coroner Margaret Fisher said Swetlik didn't die at the location her body was discovered and she had not been there for long. The cause of death has been ruled asphyxiation.

Shortly after finding Swetlik's body, other Caycee police officers received a call about a man bleeding out at the 602 Picadilly Square home. The victim, later identified as 30-year-old Coty Taylor, was pronounced dead at the scene from an incision to his neck.

DNA was collected from both crime scenes and police say they started to put together the details surrounding the horrific crime.

According to the county coroner, Swetlik was killed shortly after she was abducted by Taylor. He moved her body to the location behind the townhomes in the early morning hours Thursday. Taylor took his own life around 10:30 a.m. Thursday, less than a half and hour after police had indications as to where Swetlik's body was.

The Cayce Department of Public Safety said Taylor was "not a relative and not a friend" of the family, he was just a neighbor.

Authorities said they spoke to Taylor and searched his home as they were making rounds going door-to-door. They say Taylor was cooperative and at the time, there was no indication at the time that he had any involvement in Swetlik's disappearance.

A memorial is expected to be held for Swetlik on Friday at 7 p.m. at Trinity Baptist Church in Cayce.

"For the entire Caycee community the loss of Faye Marie Swetlik will never leave our hearts or our minds, but hopefully we can begin to process this horrific crime and grieve the loss of this precious life," Snellgrove said.