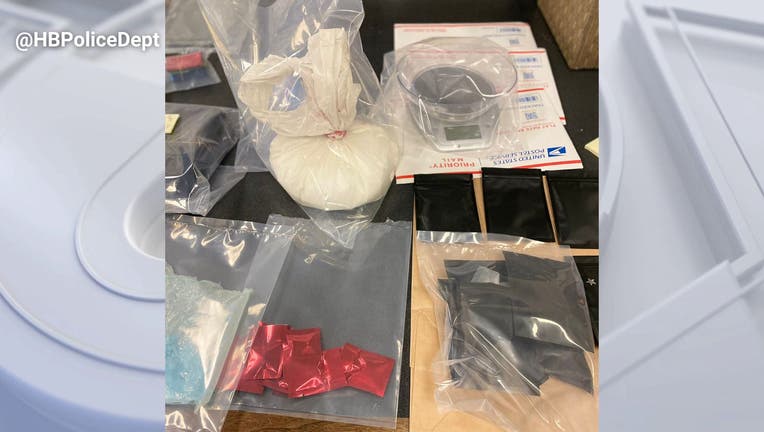 HUNTINGTON BEACH, Calif. - Two people were placed in handcuffs after police say they found five pounds of fentanyl and methamphetamine during a traffic stop in Huntington Beach.

On Tuesday, the Huntington Beach Police Department shared a photo of some of the officers' findings from the suspect's car.

The driver, who the Huntington Beach PD did not identify, told the officer who pulled him over that he was on probation at the time of the traffic stop. Both the driver and the passenger were taken into custody after the bust.

According to Huntington Beach PD, the suspects were planning on shipping the fentanyl out of the country. Police said on social media the drug bust "undoubtedly saved countless lives by preventing drug overdoses in our communities."

Officials did not release the list of charges both the driver and the passenger would face from the drug bust.