The epicenter was located about 14 miles southeast of the town of Guanica along the island’s southern coast.

SAN JUAN, Puerto Rico - A 5.0-magnitude earthquake struck Tuesday morning just off the coast of Puerto Rico, an area that has suffered from a series of quakes in recent months.

According to the U.S. Geological Survey, the quake struck off the island’s southern coast at 9:45 a.m. ET. The epicenter was located about 14 miles southeast of the town of Guanica, at a depth of about 4.3 miles. 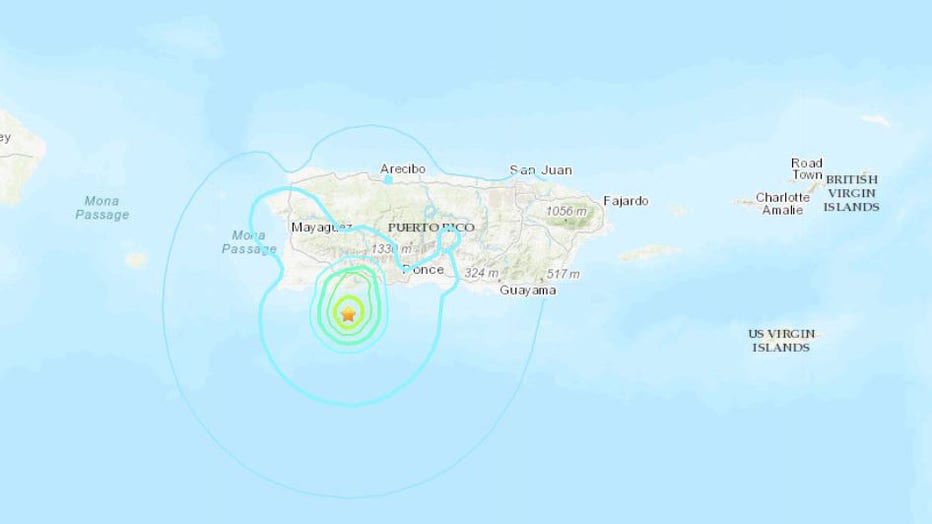 The USGS initially estimated the earthquake's magnitude at 5.3 before it was downgraded to 5.0.

There were no immediately reports of injuries or damage.

Puerto Rico has experienced a series of earthquakes in the past few months, including a magnitude 6.4 quake on Jan. 7 — the strongest to hit the island in a century. The temblor toppled buildings, killed at least one person and left much of the island without power.

This is story was reported from Cincinnati.