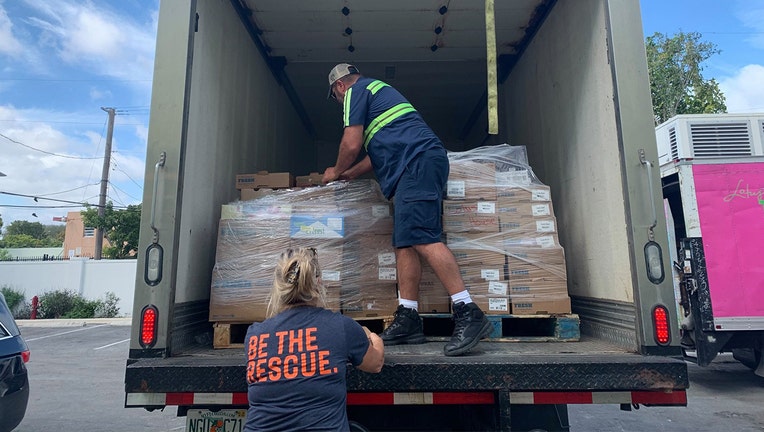 MIAMI GARDENS, Fla. - Thousands and thousands of pounds of food was left unused following the big game between the Kansas City Chief and the San Francisco 49ers, but it all went to a good cause.

The hauling and donating of the food began Monday and is scheduled to continue through Thursday, according to ESPN.