Police are offering a $25,000 reward for information into the driver who hit a 3-year-old boy and his mother in Florence.

LOS ANGELES COUNTY - Police are offering a $25,000 reward for information on a driver who hit a three-year-old boy and his mother in the Florence area of Los Angeles County earlier this month, leaving the child with severe injuries.

Elsa Zelaya and her three-year-old child Dominick were crossing the street at the intersection of Broadway and 80th Street back on Oct. 1, when a black compact SUV driving north down Broadway crashed into them. The crash launched Dominick into the air, causing him to crash back into the street, severely injuring him. The driver fled the scene.

While the mother only suffered minor injuries, police said Dominick sustained "severe life-threatening injuries," and that he recently underwent surgery and is being monitored at Children's Hospital Los Angeles. 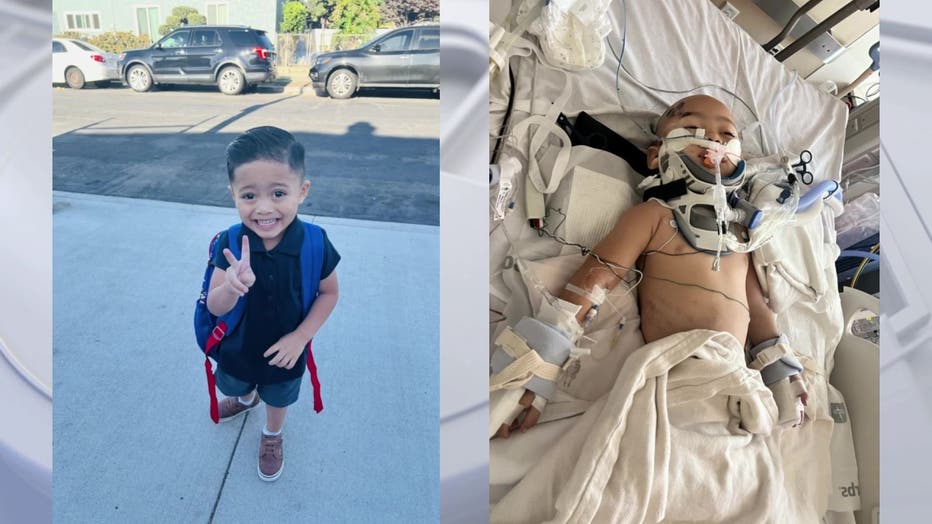 Police have offered a $25,000 reward for any information leading to the identity of the driver who hit Elsa and Dominick Zelaya. Anyone with information is asked to call the Los Angeles Police Department at 323-421-2500.