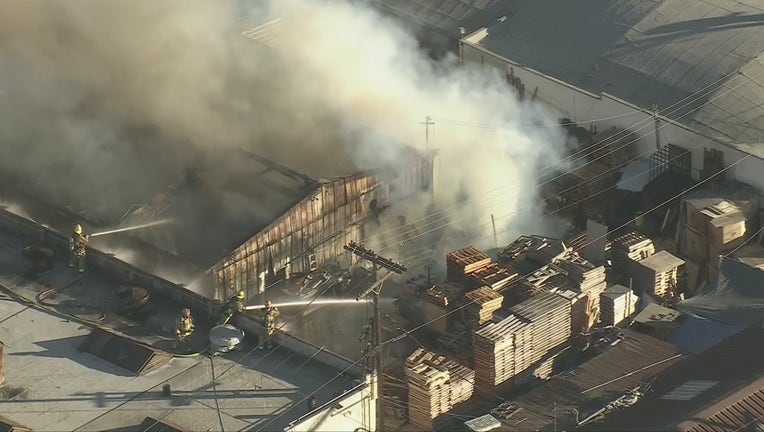 LOS ANGELES - Three people were injured in a fire at a commercial building in the Florence-Graham area of Los Angeles Friday.

Los Angeles County Fire Department units responded at about 3 p.m. to the burning commercial structure located at 8213 Compton Ave., according to a department statement.

Three people were taken from the scene to area hospitals with injuries of unknown severity.

The fire department announced just after 4 p.m. that the bulk of the fire was knocked down, though crews remained at the scene to extinguish lingering hot spots.

The cause of the fire was not immediately known.