Three people are dead after a house caught on fire in Riverside. Now, police are launching a triple-homicide investigation.

The Riverside Police Department said fire crews were called to a home located in the 11200 block of Price Court, near the intersection of Indiana and La Sierra avenues, around 11 a.m. Shortly after firefighters arrived at the scene, they discovered three bodies inside the two-story home.

Officials did not specify what caused the house to catch fire.

The ages and genders of the victims are unknown. 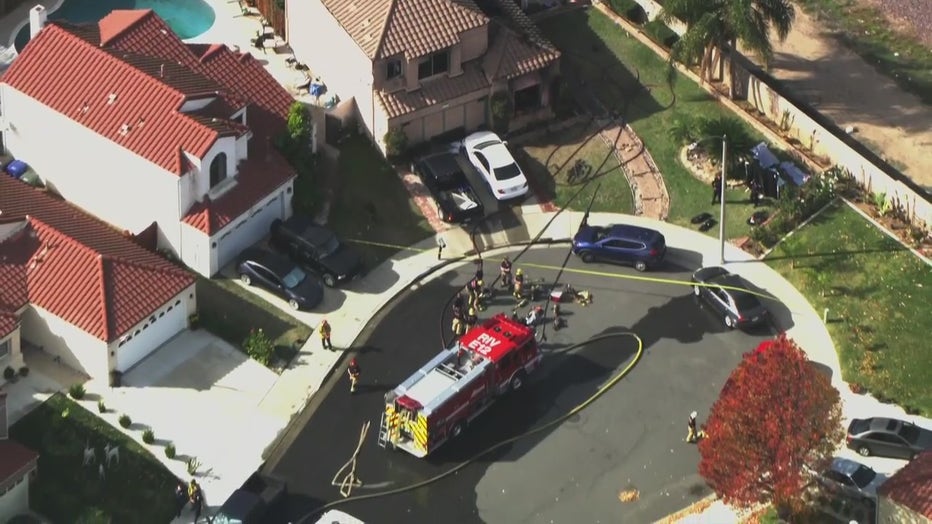 A homicide investigation was underway after three people were found dead in Riverside.

As of Friday afternoon, a suspect has not been identified in the deadly fire. Officials did not specify what made police believe the three people's deaths were suspicious or could be the result of a homicide.