A 3.4 magnitude earthquake rattled much of the Los Angeles area Wednesday around 5:10 p.m.

According to the U.S. Geological Survey, the earthquake happened about 2.1 miles north-northeast of El Segundo. Its depth was reported at about 7 miles, according to USGS.

The USGS initially reported the earthquake as a 3.4 magnitude before downgrading to 3.2. 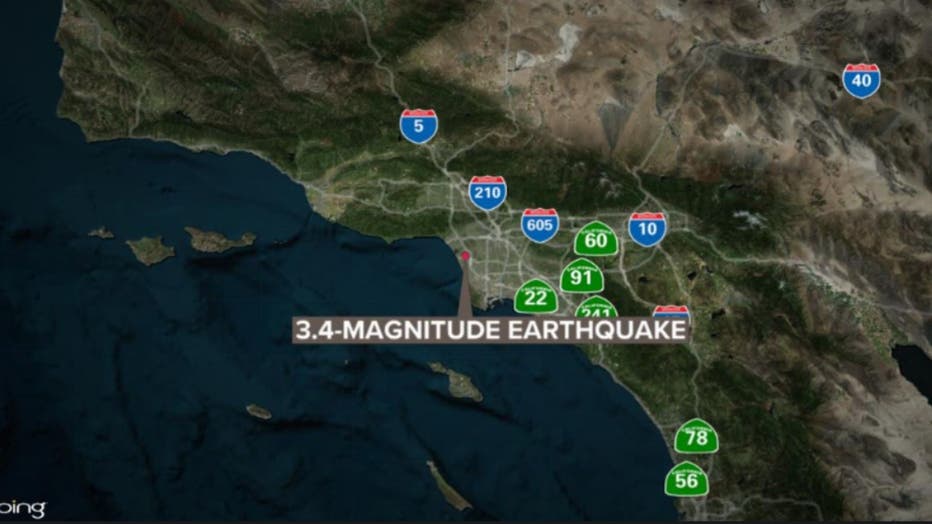 Seismologist Dr. Lucy Jones explained Wednesday's shake was "pretty run of the mill." She explained the earthquake was near, but not on the strike-slip of the Newport-Inglewood fault.

Here at the FOX 11 newsroom, Elex Michaelson and Christine Devine were both in the middle of the evening newscast when they felt the brief shake.

"This was one of the strongest ones I've ever felt at FOX 11," Devine said.

Did you feel it? A 3.4 magnitude earthquake hit near El Segundo Wednesday evening. Shaking was felt inside the FOX 11 studio.

The USGS is asking anyone who felt the quake is asked to submit a brief report. You can click here for more information.