INDIO, Calif. - Pre-sale tickets for the Coachella Valley Music and Arts Festival set for next April sold out soon after going on sale.

Coachella, which typically brings upward of 250,000 fans over two weekends to the Empire Polo Club in Indio, is slated for the weekends of April 15-17 and April 22-24.

Event promoter Goldenvoice said fans can still sign up for the waitlist. Additional tickets typically go up for sale for Coachella Valley residents closer to the festival dates, but additional information about that process were not announced.

Coachella's three-day country music sister festival Stagecoach is set for April 29-May 1 of next year. Tickets for that festival have not yet gone up for sale. 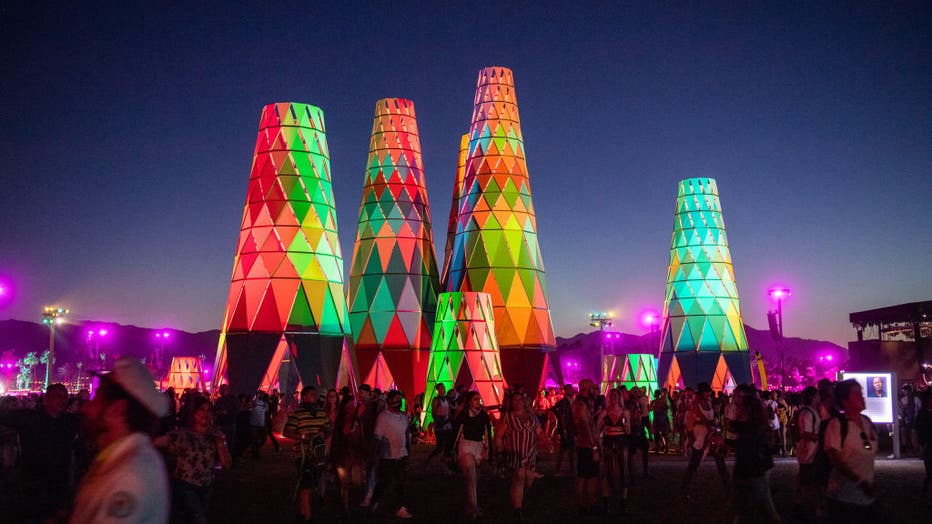 Organizers previously indicated ticket purchases for the previous dates will be honored on the new dates for both festivals. Goldenvoice said passholders should have received an email with instructions for requesting a refund or rolling over for the new dates. Lineup information for either music festival was not released.

Coachella was originally scheduled for last April, but postponed due to the COVID-19 pandemic.

The festival was rescheduled for two weekends last October, before being pushed back again to the weekends of April 9-11 and April 16-18 of this year. Then-Riverside County Public Health Officer Dr. Cameron Kaiser subsequently signed an order in January nixing the April dates, citing pandemic
concerns. Variety reported organizers then pegged an October 2021 return date for Coachella, although the event promoter never officially confirmed that new date.

Rage Against the Machine, Travis Scott and Frank Ocean had been set to headline Coachella, while Lil Nas X, Carrie Underwood, Alan Jackson and ZZ Top were scheduled to headline Stagecoach.

The waitlist for the Coachella festival can be accessed at coachella.com.

More information about Stagecoach can be found at stagecoachfestival.com.