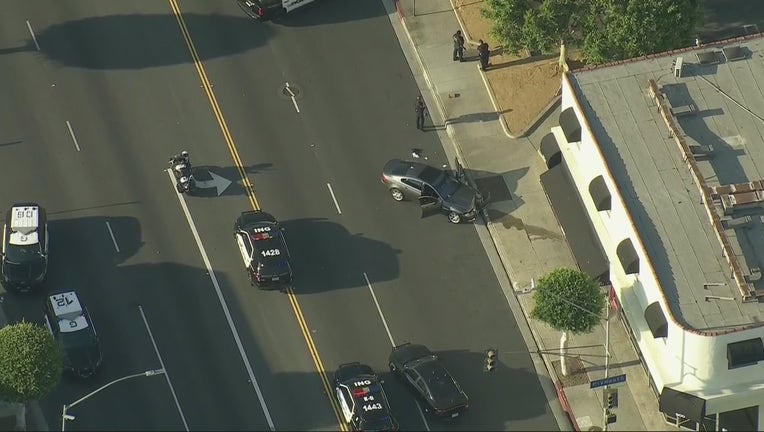 INGLEWOOD, Calif. - Two people are fighting for their lives at the hospital after a shooting in Inglewood Tuesday.

The Inglewood Police Department responded to a call near the intersection of North La Brea Avenue and Centinela Avenue around 4:30 p.m.

Two people were taken to the hospital with serious injuries. Officers at the scene found a badly damaged car nearby but police are not sure what the vehicle's involvement was in the violent incident.

As of Tuesday night, no suspects have been identified in the shooting.