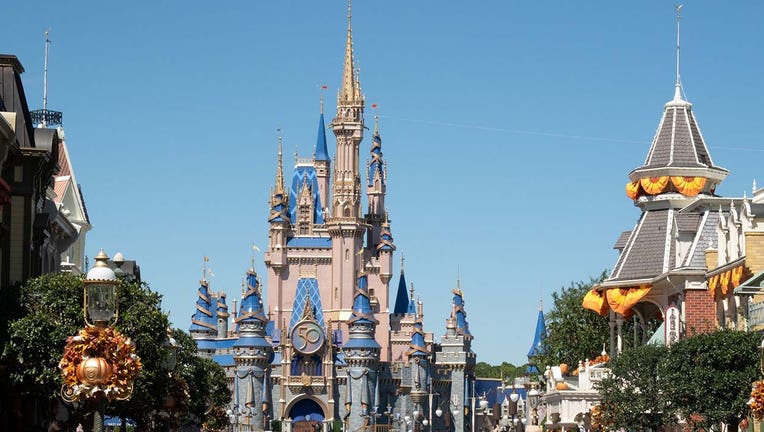 Visitors walk along Main Street at The Magic Kingdom as Walt Disney World reopens following Hurricane Ian on September 30, 2022 in Orlando, Florida. - Forecasters expect Hurricane Ian to cause life-threatening storm surges in the Carolinas on Friday

ORLANDO - The cost to go to a Disney theme park can be a major hit to the wallet, but despite the expense, a new survey shows many Disney attendees find the money worth the magic.

According to a new survey by LendingTree, of the 987 consumers who have visited the park, 18% said they went into debt for one or more of these trips.

Of the 182 respondents who responded that they went into Disney debt, 71% of Disney attendees said they didn't regret their purchase.

In fact, the majority (80%) of indebted Disney goers said they’ll pay off their debt in six or fewer months.

The magical line will feature 16 dresses inspired by timeless characters like Belle, Ariel and Cinderella.

LendingTree chief credit analyst Matt Schulz said in the survey that consumers shouldn’t regret taking on debt — as long as they can pay it off promptly.

"A Disney trip can be an experience that you and your family remember for the rest of your lives, and those are the types of things people are willing to go into debt for," he said. "You shouldn’t take on a debilitating amount of debt and you shouldn’t do it very often, but if you need to take on a few months of debt to afford that once-in-a-lifetime Disney trip, it can be OK."

Only 14% of survey participants said it will take them seven months or longer to pay off their Disney debt, while another 6% didn’t know how long it would take.

This study comes on the heels of Disney’s announcement Tuesday that the company would be raising the price of admission to visit its theme parks – Magic Kingdom, EPCOT, Disney's Hollywood Studios, and Disney's Animal Kingdom – in December, and that ticket pricing will vary by theme park and demand. Magic Kingdom will be the most expensive park to visit, Disney said.

Right now, one-day admission to one of Disney World's four theme parks begins at $109 for guests ages 10 and older.

RELATED: Walt Disney World raises theme price tickets for first time in 3 years: Here is how much they're going up

Starting on Dec. 8, 2022, when the resort implements its park-specific pricing on 1-day, 1-park tickets, ticket prices will range from $109 to $189, depending on the date and park.

How much are Walt Disney World theme park tickets?

Based on Disney's new program, here is how much it will cost to visit each park:

"We continue to focus on providing guests with the best, most memorable Disney experience, and we’re doing that by growing our theme parks with incredible new attractions and offerings," Disney said in an official statement to FOX 35 Orlando.

This story was reported from Los Angeles. FOX Orlando contributed.