‘We are in a battle for the heart and soul of these communities,’ top cop says after two mass shootings on West Side

Chicago Police Superintendent David Brown said many of the victims from two mass shootings on Wednesday were not cooperating with investigators.

CHICAGO - Brittany Benson has trouble seeing and depended on her 14-year-old son Damarion for simple tasks.

Wednesday evening she called Demarion and told him he needed to come home. "He said, ‘I know, I know. I love you, mom.’"

Minutes later, gunfire erupted at the corner of Douglas Boulevard and Christiana Avenue, striking Damarion and four other people, according to police. Damarion was shot in the head and taken to Stroger Hospital, where he was pronounced dead, police said. 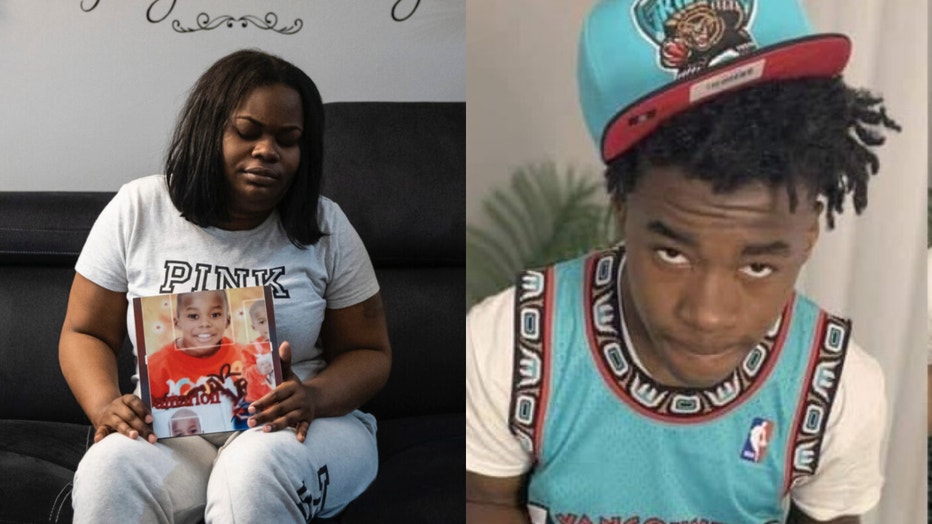 Brittany Benson said her cousin, a 16-year-old boy, was seriously wounded in the attack and was on life support. Police said that boy was also struck in the head and taken to Mount Sinai Hospital in "grave" condition.

Three men in their early 20s were also taken to Mount Sinai, where they were stabilized, police said.

It was one of three mass shootings in Chicago Wednesday. A few blocks away, five people were shot outside Herzl Elementary School only minutes later. Shortly before midnight, 8 people traveling on a party bus were shot in Lincoln Park.

At least 34 other shootings this year have wounded four or more people, according to a Sun-Times analysis of city data. Over the last five years, Chicago has recorded the most mass shootings in the nation by far, according to the Gun Violence Archive.

Three of the victims from the attacks were 15 and younger, continuing a trend of rising violence against children this year.

"This was one of my biggest fears," said Benson, 32. "I told him, I love you and I don’t want this to happen to you. One of the worst calls a mom can get is that their son is dead.

"Damarion was one hell of a kid," she added. "He was doing typical things teens do. He wasn’t perfect — but he loved his family."

He attended Lawndale Community Academy before a juvenile conviction sent him to jail, Benson said. He graduated from Nancy B. Jefferson Alternative School and was supposed to start at Wells Community Academy this fall.

Damarion was due in court Thursday morning, one of the reasons his mother had called him.

"You know how it is. It’s peer pressure," she said. "When you’re a kid you get caught up hanging out in the wrong crowd… He was in the juvenile system — but he was a kid."

Damarion had two younger brothers, 4 and 7, who he watched over and sometimes took to the bus for school when his mom’s eyes were causing her trouble.

He dreamed of playing basketball professionally and expressed an interest in rapping, his mother said.

She encouraged her son by promising a gift if he graduated from high school. "I told him, you bring on that high school diploma and I’ll get you a car."

Damarion is among 97 kids 15 years old and younger who have been shot in Chicago this year, an increase from the same time last year, according to Sun-Times crime data. Twelve of the children died.

Minutes after Damarion was shot, another mass shooting happened three blocks away. Three teenagers and two men were shot outside Herzl Elementary near Douglas Boulevard and Ridgeway Avenue, according to police, who said they believed the shooting was unrelated.

North Lawndale, where both attacks happened, has been more deadly this year than the same time last year, from 21 homicides to 30.

Hours later, gunmen from three cars opened fire on a group that had been riding in a party bus. The bus had just pulled up to a gas station in the 1600 block of North LaSalle Drive.

Police Supt. David Brown, pressed about the attacks, complained many community members were not cooperating with investigators.

"It’s not an exaggeration to say we are in a battle for the heart and soul of some of these communities as it relates to violence," Brown told reporters at a news conference.

Brittany Benson was still grieving the loss of a brother when she heard about her son.

"I just want him to be remembered for his sense of humor," she said. "He was a genuine person. He’d do anything for you."