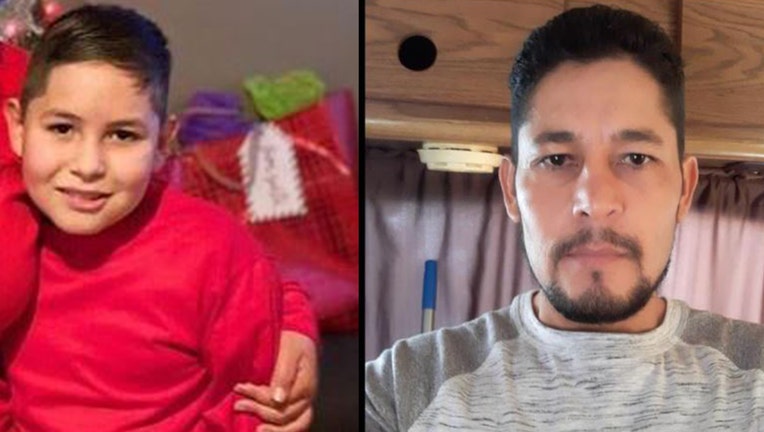 LOS ANGELES - An Amber Alert has been deactivated after an 11-year-old boy was found safe, according to California Highway Patrol.

The Amber Alert was issued Sunday morning after the boy was allegedly abducted out of central California.

Adler Lopez Lara, 11, was reportedly taken by his father, who was identified as Walter Fernando Zuniga Lara, 38, of Modesto.

It is not known which city the boy was located in, however, Adler was seen with his father on Saturday around 9 p.m. in Modesto, according to the CHP.

Prior to the abduction, it is believed that Lara stabbed Adler's mother while in the parking lot at the Motel 6 on West Orangeburg Avenue, leaving her in critical condition, police said.

A short time later, it was reported that Lara took Adler.

"Given the circumstances of this investigation, we are concerned for Adler’s welfare," the Modesto Police Department wrote on Facebook.

Police had initially said the pair may have been traveling in a silver BMW with rear-end damage, license # 8PWD288, but authorities believe they have ditched the vehicle.