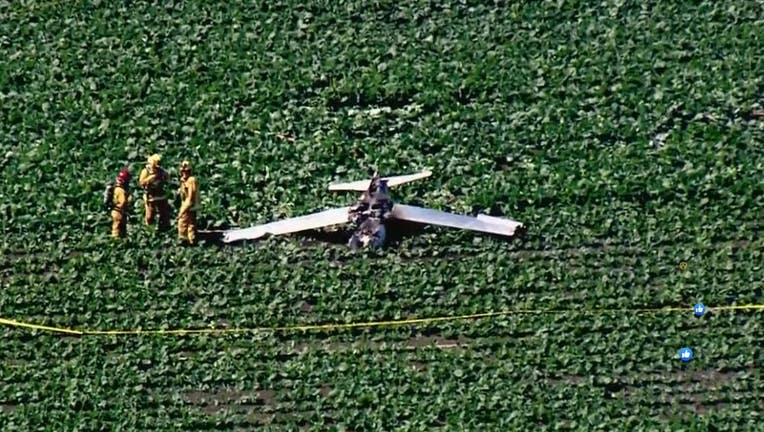 One person was killed in the crash, officials confirmed. Officials with the Federal Aviation Administration said that the pilot was the only person onboard the plane at the time of the crash.

The incident was reported near the intersection of Las Posas and Pleasnt Valley roads which is about three miles from the Camarillo Airport around 12:30 p.m.

The single-engine, homebuilt BD-5 crashed in a field south of the Camarillo Airport and caught fire, the FAA said.

The pilot's identity was not immediately released.

FAA and NTSB were investigating.