1 killed, 3 injured in crash on 101 Freeway in Woodland Hills

All northbound lanes were closed at Topanga Canyon Boulevard.

Investigators with the California Highway Patrol were investigating a deadly crash that prompted the closure of all lanes on the northbound side of the 101 Freeway in Woodland Hills early Wednesday morning.

CHP officers were called to the crash just before 12:30 a.m. at the Shoup Avenue off-ramp where they found an SUV had driven off the freeway and crashed down an embankment. Three people were trapped underneath the mangled vehicle and fire crews were called in to free the victims from the wreckage.

One of the victims was declared dead at the scene by authorities and the two others were taken to the hospital with serious injuries. 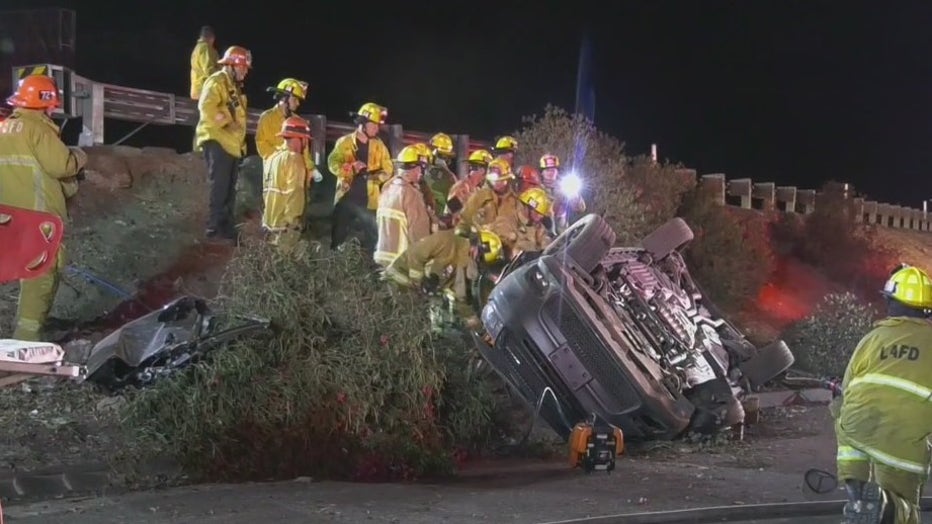 Officials said the early stages of the investigation reveal the SUV was traveling between 80 and 90 mph when it struck the center divider and landed in the embankment. The SUV also collided with a big rig and the driver suffered minor injuries in the crash.

The lane closures were expected to be in effect from Topanga Canyon Boulevard through Woodland Hills for several hours for the investigation.