Crews respond to fire at a South Los Angeles building

Firefighters are working to take down a blaze at a South Los Angeles warehouse.

LOS ANGELES - One person is dead after a fire broke out at a South Los Angeles building.

The Los Angeles Fire Department responded to a call in the 1000 block of East 60th Street in the Florence neighborhood on Monday. Witnesses told LAFD that two employees ran into the burning building prior to firefighters arriving at the fiery scene. 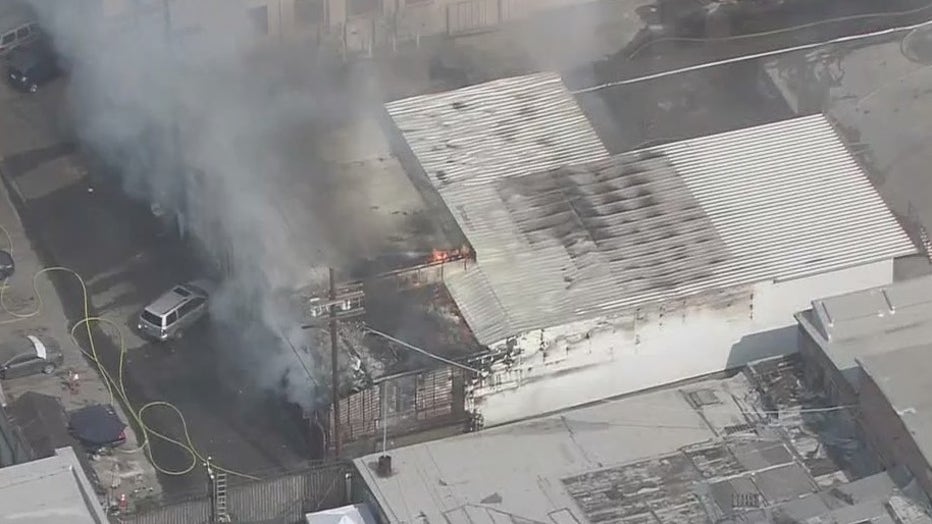 One of the two employees was found safe. The second employee, a man, was found dead during LAFD's search of the heavily damaged building.

A firefighter suffered minor injuries after falling off a ladder, LAFD said. No other firefighters were hurt.

Officials have not released the identity of the deceased man.