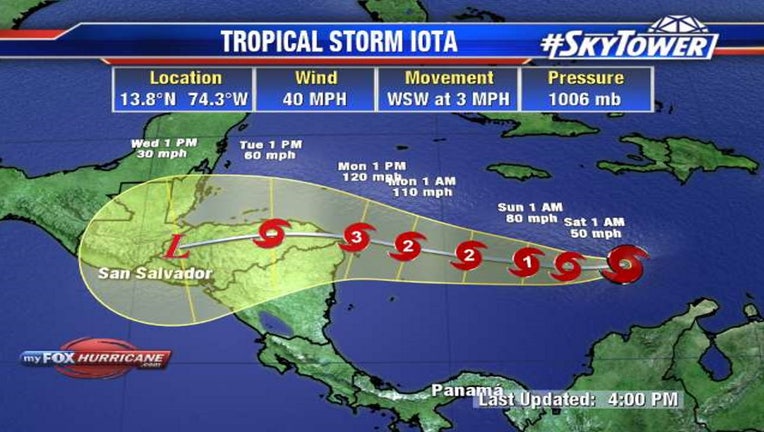 TAMPA, Fla. - Florida is still drying out after Tropical Storm Eta, but the record-breaking 2020 hurricane season continues. The National Hurricane Center says yet another tropical storm has formed.

The system is currently no threat to the U.S. Forecasters say it will move west and strengthen into a strong hurricane before making landfall in Central America, which was already ravaged by then-Category 4 Eta.

"Additional strengthening is likely over the weekend, and the system could be near major hurricane strength when it approaches Central America," the NHC forecast warned. "The system has the potential to produce 20 to 30 inches of rain with a focus across northern Nicaragua and Honduras."

This season has already broken the record for total number of named storms. When T.D. 31 strengthens to a tropical storm, it will take its name from the next Greek letter, Iota.

LINK: Track the tropics on MyFoxHurricane.com

Meanwhile, Tropical Storm Theta is still moving across the eastern Atlantic towards Europe.