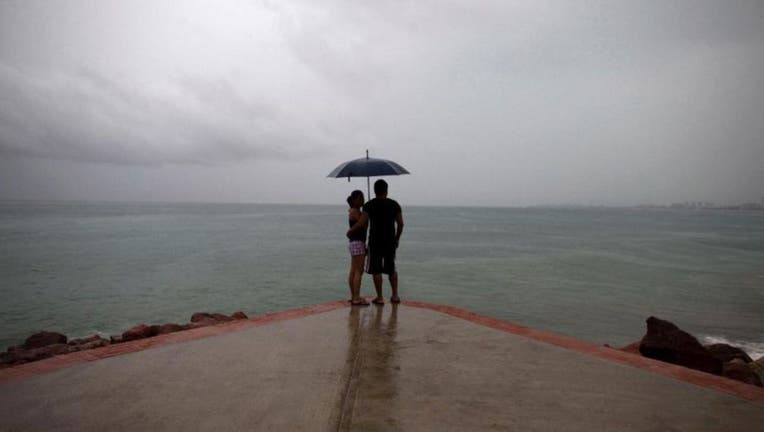 Mexico weathered a record eastern Pacific hurricane season with almost no deaths and relatively little damage, given the intensity of this year's storms.

The U.S. National Oceanic and Atmospheric Administration released its 2015 hurricane season report this week, saying that "this is the first year since reliable record keeping began in 1971 that the eastern Pacific saw nine major hurricanes," which are defined as Category 3 or higher with winds of at least 111 mph.

Turning to the worst of those storms, the report noted that Hurricane Patricia was "the strongest hurricane on record in the Western Hemisphere" just before it struck a sparsely populated stretch of Mexico's Pacific coast in October. But while Patricia caused tens of millions of dollars in damage, there was no confirmed death attributed to the storm -- or from any of the other eight major hurricanes in the eastern pacific this year.

Mexicans have wondered why the country escaped any major disaster, and President Enrique Peña Nieto even attributed the lack of damage to prayer circles and "the faith of the Mexican people."

But Dr. Gerry Bell, the lead seasonal hurricane forecaster at NOAA's Climate Prediction Center, said Tuesday the same thing that made Pacific hurricanes stronger -- the El Niño weather phenomenon -- may have also made them less deadly. El Niño is an ocean-warming phenomenon seen once every few years that can change weather patterns globally.

"El Niño made both the central and eastern Pacific hurricane seasons more intense," Bell wrote. "El Niño also caused the storms in the eastern Pacific to form farther west from the west coast of Mexico, and to also track more westward. As a result most of those storms remained over the open ocean throughout their life."

Bell attributed the lack of deaths from Patricia "to excellent responses from emergency managers and citizens before the storm struck."

The Atlantic hurricane season was below normal, with 11 named storms.

The 2015 hurricane season ended Monday, and there is no telling what next year may be like.

Bell wrote that "sometimes El Niño is a multi-year phenomenon, but we cannot currently tell whether this one will be." He said computer models for now are pointing to the current El Niño dissipating late next spring.