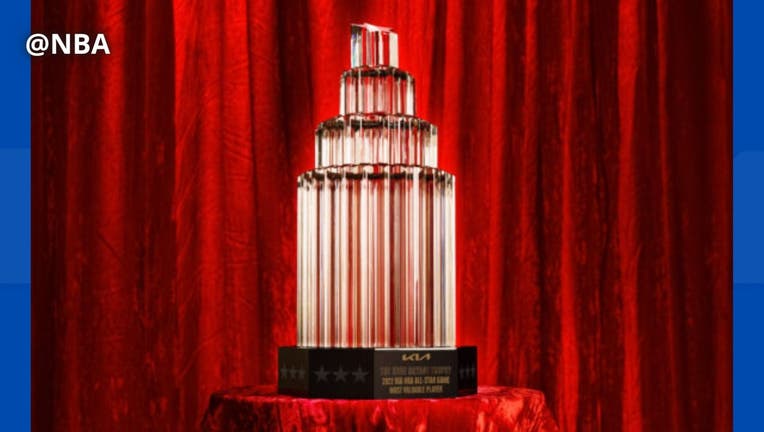 The NBA on Thursday unveiled the "Kobe Bryant Trophy" for the league's upcoming All-Star game.

The announcement comes after the league renamed the NBA All-Star Game MVP after the late Los Angeles Lakers legend following his death in 2020. 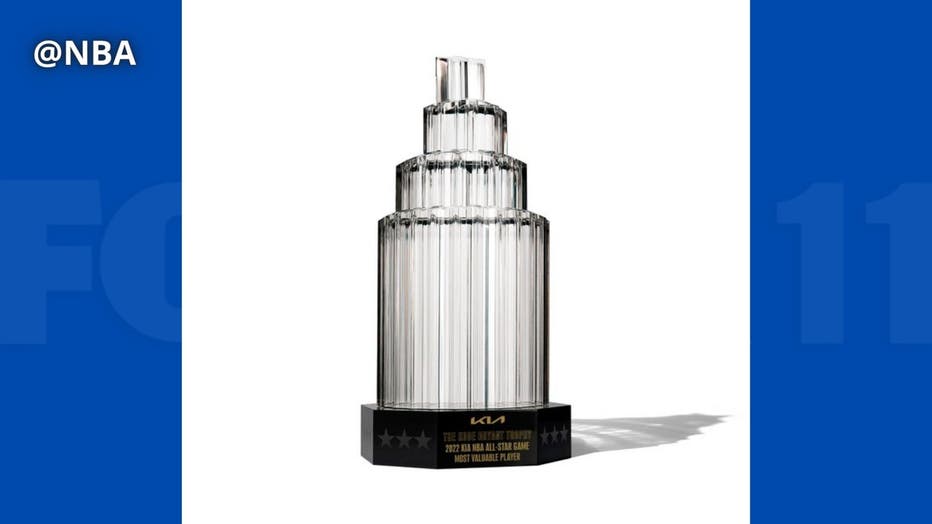 The NBA said the new trophy will be presented for the first time during NBA All-Star weekend 2022 in Cleveland.

"For the past few years, the NBA and I have proudly and tirelessly worked to reconsider what a trophy is, has been and could be," said artist Victor Solomon in a press release. ""Redesigning the All-Star trophies gave us a special opportunity to create event awards worthy of the energy and excitement the moment creates, while introducing the full collection’s visual, aesthetic language. The occasion also gave us the privilege and responsibility to develop an entirely new silhouette worthy of being named ‘The Kobe Bryant Trophy’ for the Kia NBA All-Star MVP for which, in the spirit of its namesake, we threw out all conventions and challenged ourselves to reorient how we thought about ‘the game.’"

Kobe Bryant's wife Vanessa appeared to give the trophy's design two thumbs up on social media.

"I love everything this trophy represents, all of my husband’s hard work and dedication," Vanessa Bryant's post read in part on social media.

Prior to the newly-unveiled trophy, Bryant was posthumously inducted into the Naismith Memorial Basketball Hall of Fame in 2021. Over the course of his 20-year NBA career – all with the Lakers –  Bryant won five NBA championships, was named the NBA MVP after the 2007-2008 regular season, was named the NBA All-Defensive team 12 times and was named the league's all-star 18 times.

Bryant also helped the United States win two gold medals and the Lakers retired No. 8 and 24 in Bryant's honor.