Stafford is expected to attend the ceremony to retire his No. 7 jersey, which will be held during Highland Park's game against Lake Highlands. 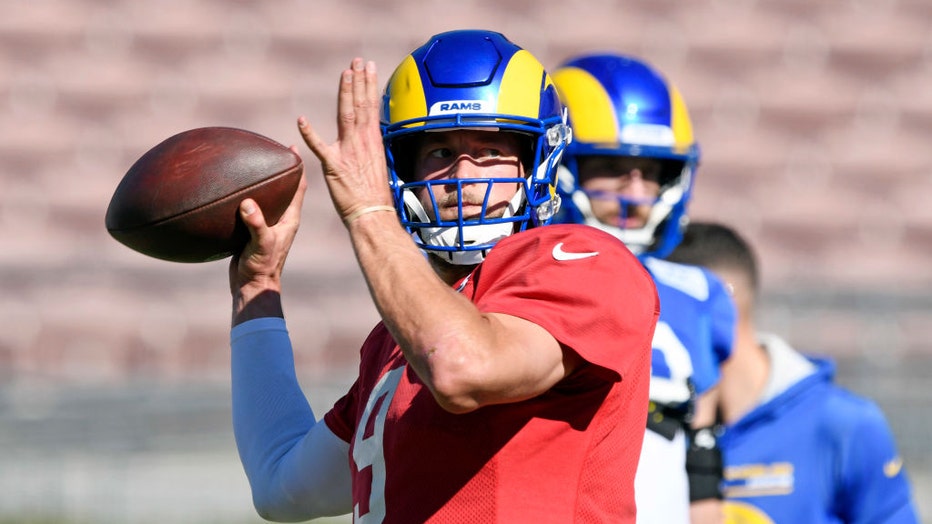 Quarterback Matthew Stafford #9 of the Los Angeles Rams throws during practice in preparation for Super Bowl LVI at the Rose Bowl on February 10, 2022 in Pasadena, California.The Rams play against the Cincinnati Bengals on Sunday. (Photo by Kevork D

The Super Bowl champ lead the Scots to an undefeated season and state championship in his senior season in 2005.

"From the first time I saw Matthew Stafford throw a football in middle school, I could tell he was really special," said Highland Park Head Coach Randy Allen. "Matthew has taken to heart the phrase, ‘Once a Scot, Always a Scot,’ and has remained in contact with his ‘Band of Brothers’ from that magical 2005 championship season. We are just so proud of him and are thrilled to get a chance to honor him on the same playing field where he began his successful football career."

Highland Park High School grad Matthew Stafford will lead the LA Rams during the Super Bowl on Sunday. People who live in Highland Park are really showing their love. Hundreds of people lined up outside the Highland Park Scot Shop as they hoped to snag a "Scots for Stafford" t-shirt ahead of the game.

Stafford went on to attend the University of Georgia, eventually becoming the first overall pick of the NFL Draft by the Detroit Lions in 2009. Stafford played for the Lions from 2009-2020 before being traded to the Rams in 2021. Stafford led the Rams to a comeback 23-20 win over the Bengals in Super Bowl LVI.

Tickets for Friday's game in Highland Park are sold out. 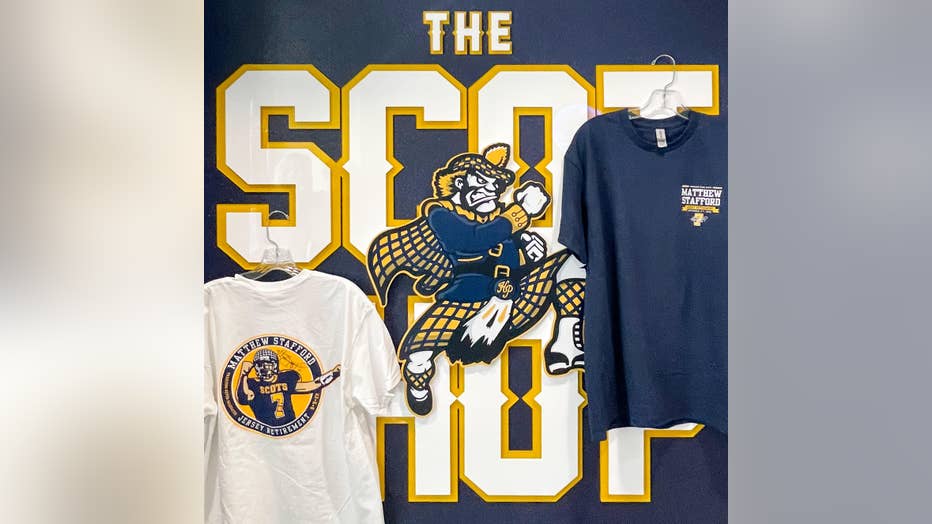 The school is selling limited-edition "Matthew Stafford Jersey Retirement" shirts in both blue and white and DVDs commemorating Highland Park's championship season in 2005.