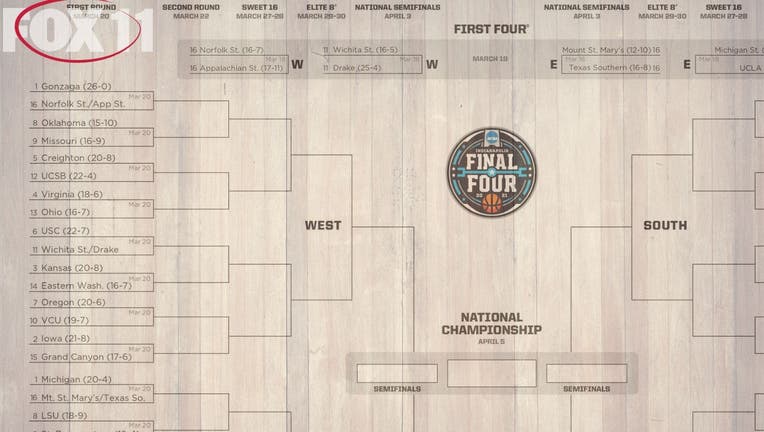 From buzzer-beating shots to upsets, this year's NCAA men's basketball tournament did not disappoint.

After last season's NCAA Men's Basketball Tournament was called off due to COVID-19, this year's iteration of March Madness did not lack the on-court action.

Here at FOX 11, bragging rights were at stake as our staff filled out their brackets ahead of the start of the tournament.

For viewers looking to play at home, play the FOX Super 6 Challenge for college hoops throughout the NCAA Tournament for your chance to win thousands of dollars, absolutely for free. Just download the Super 6 app now and make your picks!

Below are the picks from the FOX 11 staff:

For folks looking to play at home, below is a blank copy of this year's tournament bracket: