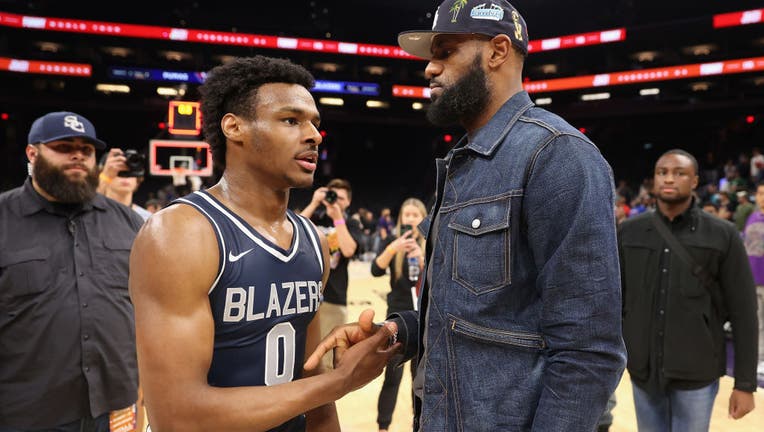 LeBron James gave a bit of a peek into his plan for the end of his career and made clear that playing with his son, Bronny, is definitely a part of it.

James told The Athletic on Saturday he plans to play with his son for one year no matter where the young basketball player winds up.

"My last year will be played with my son. Wherever Bronny is at, that’s where I’ll be. I would do whatever it takes to play with my son for one year. It’s not about the money at that point," he said.

Bronny James is a four-star recruit out of Sierra Canyon High School in Los Angeles, according to 247 Sports. The junior has reportedly received interest from Duke, Kansas, Kentucky and North Carolina. He could always decide to skip college and head right into the G-League’s Ignite team.

It’s unclear where James would be once Bronny is eligible to get into the NBA. James is signed with the Los Angeles Lakers through the 2022-23 season. He will earn a base salary of $44.4 million in his final year with Los Angeles, according to Spotrac.

When asked about possibly rejoining the Cleveland Cavaliers, James told The Athletic he wouldn’t be opposed.

"The door’s not closed on that, I’m not saying I’m coming back and playing, I don’t know. I don’t know what my future holds. I don’t even know when I’m free," he said.

The question would be whether Cleveland would want James back at possibly 39 or 40 years old. Cleveland, right now, is at the All-Star break sitting in fourth place in the Eastern Conference. The Cavaliers have built a young up-and-coming team since James bolted Cleveland for a second time.