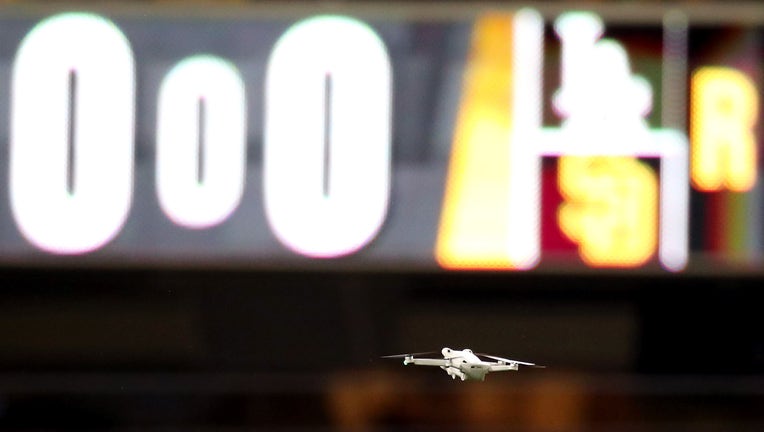 SAN DIEGO, CALIFORNIA - OCTOBER 15: A drone flies over the field during the seventh inning of game four of the National League Division Series between the Los Angeles Dodgers and the San Diego Padres at PETCO Park on October 15, 2022 in San Diego, Ca

SAN DIEGO (KTTV) - As if this series can't get any weirder – the same National League Division Series between the Los Angeles Dodgers and San Diego Padres that saw a "goose delay" in Game 2 was followed by a rain delay, which also underwent drone delay in Game 4.

The two teams took the field about a half hour later than the scheduled first pitch after Saturday's showdown went through a rain delay. This comes as soggy weather hit San Diego's Petco Park. 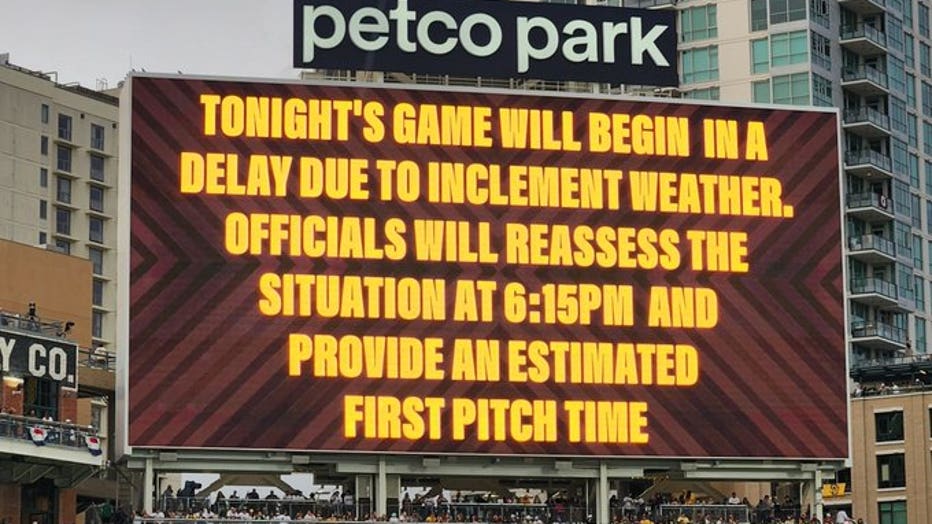 After a rare rain delay in Southern California – things once again got weird in San Diego after the two teams were faced with a drone delay.

The game resumed just seconds after the bizarre pause. The Dodgers went on to lose Game 4 and the series to the Padres.

It is unknown who was responsible for bringing the drone to the ballpark. As of Saturday night, no citations or charges were announced in connection to the startling drone sighting.

Saturday's loss marked a sudden and extremely disappointing finish to LA's historic 2022 season. The Dodgers finished the 2022 regular season with a franchise-best 111-51 record. The team had also captured the division title weeks before the regular season even ended.