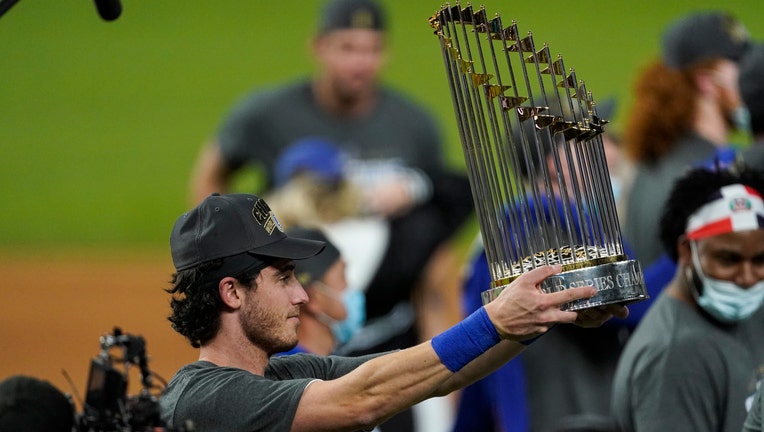 LOS ANGELES - Los Angeles may have seen the last of Cody Bellinger in a Dodger uniform.

On Friday evening, the Los Angeles Dodgers non-tendered Bellinger, officially making him a free agent – meaning he's no longer on the team's roster.

It wasn't long ago that Bellinger, who turned 27 in July, was considered not only a Dodger fan favorite but also one of baseball's biggest stars. In his first full season in Los Angeles, he put together an All-Star season that was good enough for him to be named 2017 NL Rookie of the Year. He then was named an NL All-Star for the second time in his career, in addition to winning NL MVP in the 2019 season. While his numbers at the plate were far from dominant, finishing the COVID-shortened 2020 season with a .239 batting average and 12 home runs, Bellinger played his part in the Dodgers' postseason run with a World Series victory and ending the team's 32-year championship drought.

Although Bellinger is now without a team, there is a chance that the Dodgers could bring him back on a free-agent deal. However, it is unknown, what those odds are in terms of bringing back the former NL MVP.