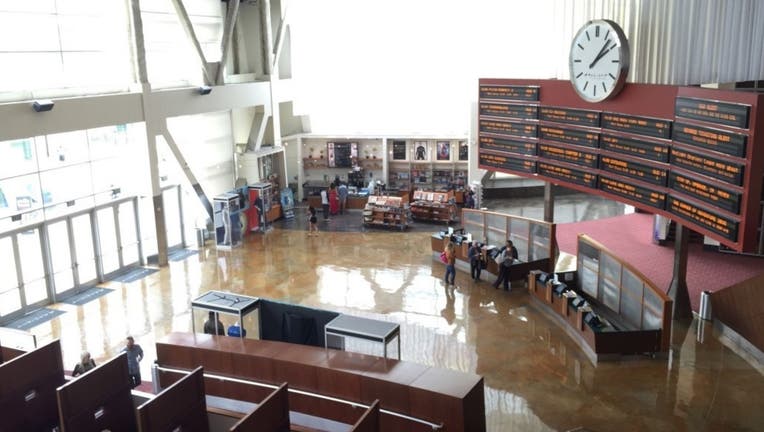 LOS ANGELES - What do you think of when you think of a movie theater? Popcorn. Sticky floors. Ads and lots of trailers for new movies.

Sometimes it feels like a place you have to endure rather than enjoy.

Then there are the movie palaces. The TCL Chinese Theater, the El Capitan and The Egyptian in Hollywood. The Village and Bruin in Westwood. Grand old theaters that are almost as much of an attraction as the movies they show.

The Cinerama Dome on Sunset Boulevard fits into that category. With its iconic white dome and massive screen, it was a regular choice for premieres and events. But now, it seems like we will never set foot inside again.

On Monday, Decurion – which owns the Dome and the ArcLight and Pacific Theater chains – announced none of their theaters will reopen. They had been shut down for more than a year because of the coronavirus pandemic. And they will remain shuttered.

Losing a movie palace like the Cinerama Dome is sad and maybe a benefactor can step in and save it (I’m looking at you Quentin Tarantino. After all, you saved the New Beverly).

But allow me a few moments to wax romantic about the ArcLight. They were not palaces. But they were special places for people who love the movie-going experience. They brought the feel of a palace to the multiplex. No ads. Only three trailers before the feature began. Reserved seating allowed you to choose the perfect spot in the theater.

It was a little more expensive but that ensured only serious moviegoers were going to be there. The aisles and seats were a little wider, a little more comfortable.

But wait, there’s more. ArcLight had hosts introduce every movie. They all wore the same blue shirt buttoned up to the neck. Some were going through the motions. Others were really into it. They would pump you up, preview the movie, maybe tell a joke or two.

That was before the show. After some movies, you could watch "ArcLight Stories" attached to the end where JD Cargill would talk to the filmmakers and actors about what you just watched, giving you insight into the care and love that went into the project.

There were the special screenings with live Q&A’s that followed. I saw Armie Hammer discuss Call Me by Your Name, Rian Johnson talk about Knives Out and Jeff Bridges, Chris Pine, Ben Foster, Gil Birmingham and Taylor Sheridan discuss Hell or High Water.

I got a baseball cap after watching Dunkirk. A gift book after The Hateful Eight. If you were a member, every month you’d get a special gift like an ArcLight cap, a blanket, a free popcorn or movie candy. They seemed to care about you as much as you cared about movies.

There were costume displays in the lobby. Real butter on the popcorn. Don’t get me started about the caramel corn. It was a religious experience.

My go-to theaters were the one in Sherman Oaks and the one in Hollywood. Hollywood was special because you could walk over to Amoeba Music and do a little shopping before going to a show. Then there was the time I got accosted by Guillermo from Jimmy Kimmel Live before the first screening of Jason Bourne. I don’t think I made it on Kimmel, but I tried to play along best I could.

You could see the latest Marvel blockbuster or a "festival" of animated shorts that were nominated for an Oscar.

I could go on and on.

In a year of lockdown, what got me through was the idea I could once again go to the ArcLight and see a movie at my favorite theater. Now that hope is gone and I’m almost inconsolable. Maybe some corporation will step in and save the day. Now wouldn’t that be a great movie?