HALLANDALE BEACH, Fla. - Rescue crews were bringing two workers back to safety after their scaffolding partially collapsed Wednesday on the side of a South Florida condo.

WSVN 7News reports that the collapse happened to a crew working on the side of a condominium complex in Hallendale Beach, Florida.

According to Broward Sheriff Fire Rescue, the workers were left hanging with the scaffolding seven stories up. 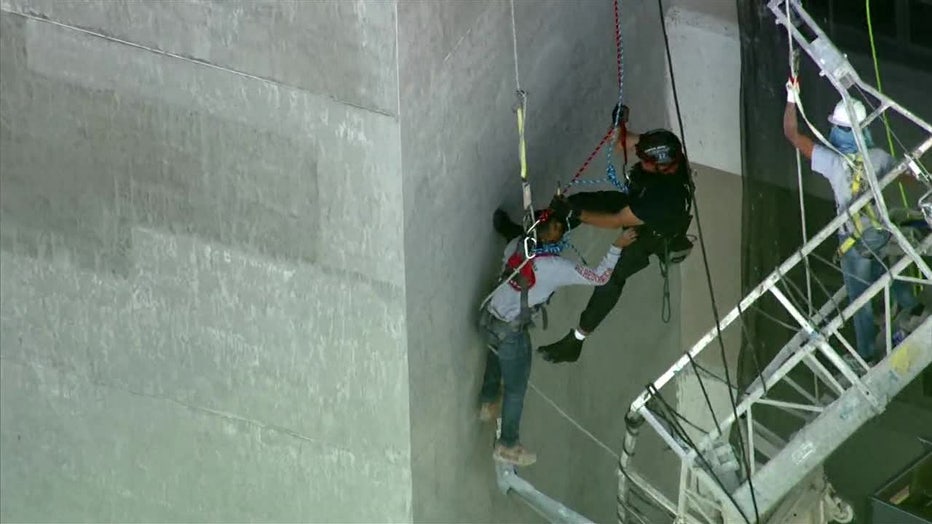 The platform was hanging from the top of the building, but appears to have partially failed.

The men were doing restoration work on the building as part of a multi-million dollar project, a board member of the Homeowners Association told WSVN.