A Connecticut woman was sentenced to seven days in jail, must pay $2,000 in fines and is banned from Yellowstone National Park for two years after walking directly on thermal areas at the park’s Norris Geyser Basin, prosecutors said.

Madeline S. Casey, 26, pleaded guilty on Aug. 18 to one count of foot travel in thermal areas, a petty offense, court records show. She was ordered to pay a $1,000 fine, $40 in fees and a $1,000 community service payment to the Yellowstone Forever Geological Resource Fund.

Prosecutors said Casey was with two other people in the park on July 22 as they made their way up to a thermal pool and geyser at Norris Geyser Basin. Casey and one other person left the boardwalk and walked directly on thermal ground, despite the area being well marked with signs and warnings to stay on the protective walkway, authorities said.

Multiple other visitors took photos and videos of the violation, authorities said. 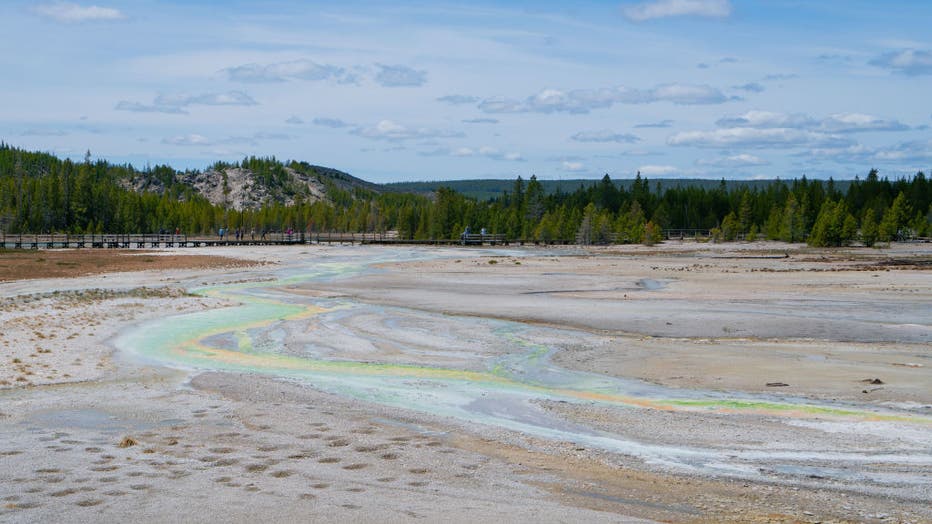 "Boardwalks in geyser basins protect visitors and delicate thermal formations," Yellowstone National Park Public Affairs Officer Morgan Warthin said in a statement. "The ground is fragile and thin and scalding water just below the surface can cause severe or fatal burns."

Magistrate Judge Mark Carman also placed Casey on two years of unsupervised probation, during which time she is banned from the park.

The woman, who did not retain an attorney, declined comment to the Associated Press when reached by phone on Thursday.

Acting United States Attorney Bob Murray said the National Park Service does "a darn good job" of warning visitors to stay on the boardwalk, "yet there will always be those like Ms. Casey who don’t get it."

"Although a criminal prosecution and jail time may seem harsh, it’s better than spending time in a hospital’s burn unit," Murray said.

More than 20 people have died from burns suffered after they entered or fell into Yellowstone’s hot springs, Warthin said.

The most recent death happened in June 2016 in the Norris Geyser Basin, when a 23-year-old Oregon man left the boardwalk, slipped on some gravel and fell into a highly acidic hot spring. By the next day, there were no significant human remains to recover, park officials said.