LOS ANGELES - A viral video shows a woman hurling racist and homophobic slurs at Starbucks baristas in El Segundo. The video has been picked up popular websites like TMZ.

The person who posted the video to Facebook said the woman came to the store on North Sepulveda Boulevard on a different occasion and mistreated an employee by calling them an "it." The recent incident was captured on cell phone video by a barista who politely told the woman to leave the store. The store manager then asked the woman to leave, and called El Segundo police.

A spokesperson from the El Segundo Police Department said the manager cancelled the police response after the woman left the store. The spokesperson also said the department is seeing more racist videos appear online recently.

Zack, who is originally from Chicago, but now lives in Southern California, watched the video and spoke with FOX 11 afterwards.

"It [racist viral videos] causes us to divide. People that aren't racist become racist and it's sad what the world is coming to. We've got enough stuff to worry about then to keep separating us. We should all come together and unite as one. You see this stuff all over the media, all over the news and it's like where are you gonna go, where is it going to happen, it's everywhere so it's sad. It's horrible. It's the down side of humanity. We're all the same no matter the color of skin that we are. I hope it changes but hope is not gonna get us anywhere, it is our actions," he said. 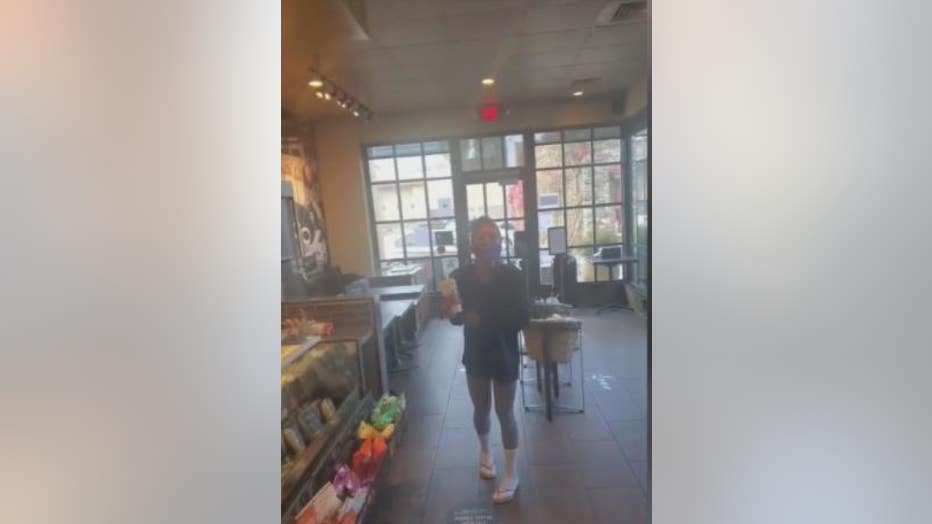 The woman's identity is not yet known, but she identifies herself as a "Native American" woman in the video.

Starbucks is banning the woman from their stores now.

The Senior Manager of Corporate Communications, Jory Mendes, spoke with FOX 11 over the phone to convey this response:

"The disruptive and threatening behavior from this customer was entirely unacceptable and she is no longer welcome in our stores. The safety of our partners (employees) and customers has always been and will continue to be our focus. At Starbucks, we take great pride in providing a welcoming environment for everyone who enters our stores and expect all of our partners and guests to also uphold these values."