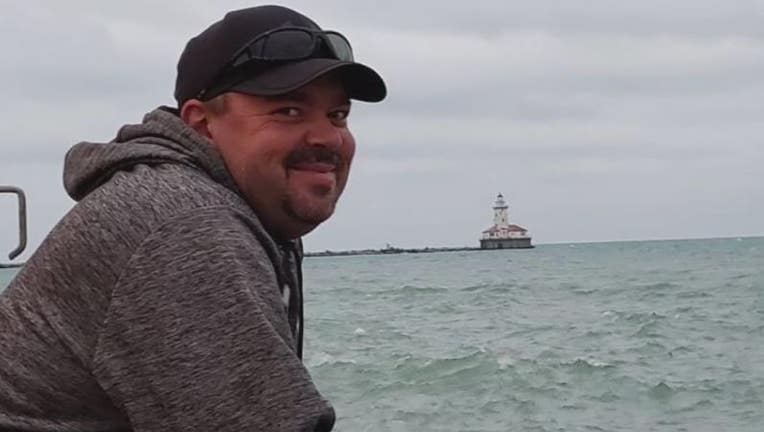 SOUTHFIELD, Mich. (FOX 2) - A 19-year-old who didn't have a driver's license and didn't know how to drive a manual transmission is not responsible for the death of a 42-year-old mechanic who died after the teenager slipped a Jeep Wrangler into gear and it rolled into the man, killing him instantly.

Jeffrey Hawkins, a married 42-year-old, father of four, and a lifelong mechanic, died in March 2020 while working at Rochester Hills Chrysler Jeep Dodge. The family has filed a civil lawsuit against the owner of the Jeep for $15 million in damages because, under the law, that is the only course of action.

The unnamed Jeep owner could be held liable for millions of dollars in damages because, under Michigan law, if someone is injured or killed and a vehicle is involved, the owner of the car is responsible.

That means if you let your friend drive your car and they hit someone or something, and that victim sues, they would be suing you and your insurance.

"We can't (sue the dealership) because of a legal standard that is involved," said attorney David Femminineo.

READ MORE: Why a Jeep owner is sued after dealership employee was killed during oil change

The story has gotten national attention as we've examined why the business isn't being sued by the family. But it's also led to two questions:

"Generally speaking, a criminal act requires some criminal intent. This is an accident - plain and simple," Langton said.

The 19-year-old is not being identified because he is not facing any criminal charges.

According to the law, the owner is vicariously liable for the negligent acts of the teen because he was driving his vehicle with permission.

If the vehicle had been stolen, the vicariously liable law is no longer in effect and that person who is driving your vehicle without

Why the teen isn't charged

On March 13, 2020, Hawkins left his home that he shared with his wife and children. It was a little more than an hour later that his wife learned he had been in an accident and hospitalized. He died just before 9 a.m. that morning.

According to the court documents, the Jeep owner brought his Wrangler 4-door for an oil change and tire rotation. The service was being performed by a 19-year-old who had worked at the dealership for two months was performing the maintenance. The teen completed the job and lowered the vehicle, putting all four wheels on the ground.

The teen was still outside of the Jeep and, when he moved his right foot off of the clutch, the Jeep lurched forward.

At that exact moment, Hawkins was in front of the Jeep and had bent down to get something from a metal cabinet. A coworker said he was actually on his knees with his back to the Jeep the teenager started the vehicle. When it lurched forward, it crushed Hawkins into the cabinet.

The court documents state that the 19-year-old assumed that Hawkins had parked the Jeep in gear when he positioned it over the lift. However, it's not known who parked the Jeep inside of Hawkins' bay that morning. The shop manager said mechanics or porters will move vehicles but there was no record of who did so.

The second part is that it's common and recommended by experts to park a car with a manual transmission in either first gear or reverse to prevent it from rolling away but the operator, when starting the vehicle, should check the transmission first.

Langton said the teenager made a mistake but that doesn't always mean there's a crime. He said it was unlikely that a warrant was even presented to the prosecutor's office.

"Just because there's a bad or tragic result, doesn't mean there's a crime. Mistakes are made," Langton said. "Even if you are negligent, that doesn't mean it's a criminal act. If for some reason it was, a jury must believe beyond a reasonable doubt that the 19-year-old intended to kill him."

The teenager was not under the influence of drugs or alcohol, which would have had an impact on charges and the civil suit.

Why the family isn't suing the teen

MORE: Car owner who left Jeep at dealership gets sued after worker dies during oil change

Under the law, Hawkins' family's only remedy is to seek worker's compensation because he was injured and ultimately killed on the job. That prevents the family from being able to sue the boss or coworker.

What can the Jeep owner do?

The owner of the Jeep filed a lawsuit against the dealership for indemnity, which would shield the owner from the lawsuit in the event that money is award to the Hawkins family.

If the Michigan Court of Appeals rules that the original judge's decision on indemnity was incorrect, the Jeep owner would be responsible for the financial payout owed to the family if the judge rules in favor of the Hawkins family.

How much is the family suing for?

The lawsuit, filed by attorney Femminineo, is for $15 million. The insurance company of the Jeep owner has already paid out $100,000. If everything stands as it is now, with indemnity in place and the jury awards the family the full sum, the dealership would be responsible for the remaining $14.9 million.

However, there's another catch. Worker's compensation also has a stake in this as they've already paid out some funds to the family.

If indemnity is overturned, the owner of the Jeep would be fully responsible for the money awarded to the Hawkins' family.

On Wednesday, FOX 2 reached out to the car owner's attorney - but he had no comment on pending litigation, other than to say he's going to fight this case in a trial at the end of May.