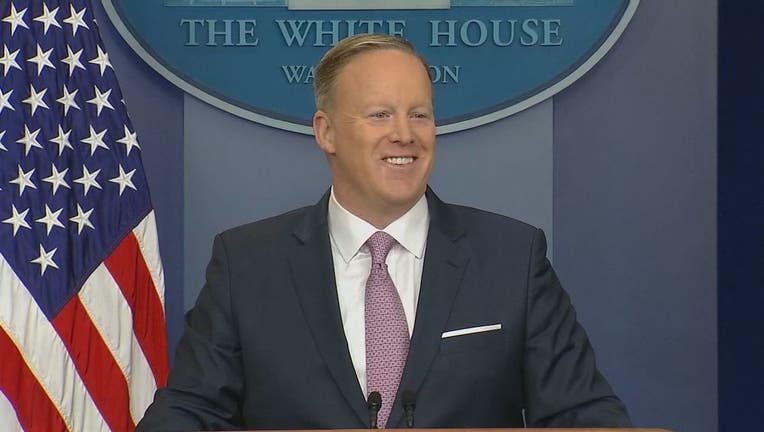 Spicer tried to defuse tension by opening with a self-deprecating joke about his lack of popularity, and his 78-minute session was wide-ranging and mostly substantive. He corrected one disputed statement from Saturday, defended another and expressed some frustration regarding how the new Trump administration feels about its news coverage.

"There are times when you tweet something out or write a story and you publish a correction," he said. "That doesn't mean you were trying to deceive readers or the American people, does it? I think we should be afforded the same opportunity."

He expressed frustration about an erroneous report, later corrected, stating that a bust of Martin Luther King Jr. had been removed from a room in the White House following Trump's inauguration.

One reporter said Spicer had accepted an apology from the news outlet that made the mistake in a pool report.

Instead, Spicer initially called on a reporter from the New York Post, and he took questions from several news organizations that were rarely called on during the previous administration. He said four seats in the briefing room would be kept open for out-of-town reporters to participate via Skype.

"I want to make sure we have a healthy relationship," he said.