Who is Jodi Huisentruit?

A look at the news anchor who vanished moments before she was set to report to work.

Investigators have never found Huisentruit, who was declared legally dead in 2001. No one has been charged in her disappearance.

Who is Jodi Huisentruit?

Huisentruit was born in Long Prairie, Minn., as the youngest of three sisters to the late Imogene L. "Jane" (Anderson) and Maurice Huisentruit.

According to the St. Cloud Times, Huisentruit excelled in golf and was part of the state champion high school golf team in Long Prairie.

She then went on to graduate from St. Cloud State University in 1990. According to the St. Cloud Times, she studied mass communications and speech communication.

The disappearance of Jodi Huisentruit

Huisentruit was heading to her job as the morning and noon producer/anchor for the CBS-TV affiliate KIMT-TV in Mason City, Iowa, when she disappeared at 4 a.m. on June 27, 1995.

Officers immediately deemed it an abduction after finding her car in the parking lot and a pair of women's shoes, a blow dryer, a bottle of hair spray, car keys and earrings scattered around the car. A person later reported hearing a scream in the parking lot between 4 and 5 a.m. A witness also reported seeing a suspicious white van parked in the area at that time, but detectives have never recovered such a vehicle, according to authorities. 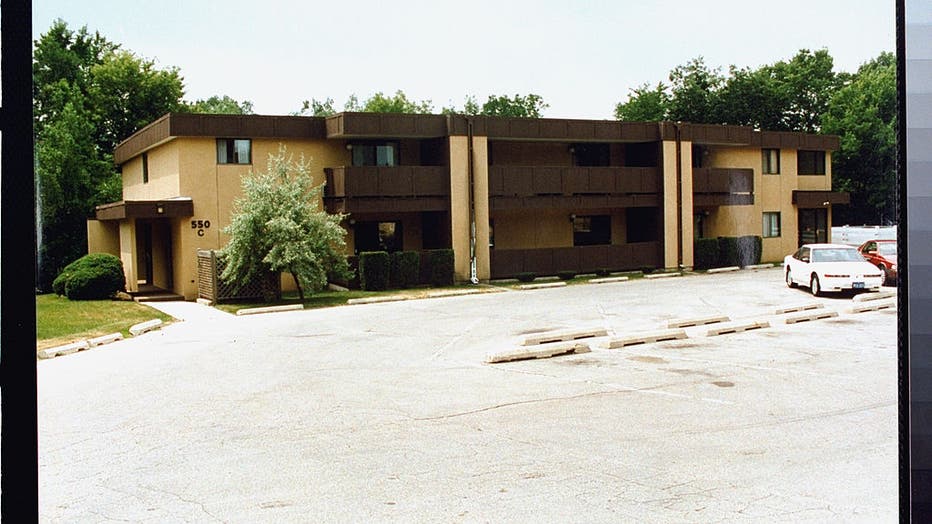 The key to Huisentruit's vehicle was found bent inside the lock on the driver's side door, and drag marks were visible on the rain-soaked pavement.

Her co-worker and producer, Amy Kuns, was the last person to talk to the news anchor before the disappearance. Kuns had called Huisentruit, who was running late to work that morning before the start of the newscast.

"When I called her, I obviously had waken her up, 'ugh Amy what time is it?' she asked, "I said Jodi it's time for work, I'm waiting for you," Kuns said in an interview with KAAL-TV. "That had happened a few times before, when it did that, typically, she'd be at the station in 20 minutes."

When Huisentruit didn’t show up, Kuns filled in as anchor that morning.

"As a young reporter, a young producer reporting the news, to all of a sudden become the news, that was hard," Kuns also told the news outlet.

Police followed up on multiple leads

According to Iowacoldcases.org, authorities have received thousands of tips and interviewed more than 1,000 people.

Police looked into whether there was a connection to a man who had lived in Mason City and was charged in a series of rapes in the Twin Cities, but he later was ruled out as a suspect.

Huisentruit’s family hired private investigators who also were unable to turn up any answers, and by 2001, the family filed a legal petition to have her declared dead.

Joann Nathe, Huisentruit's sister, previously told FOX News that she believes the perpetrator either knew Jodi personally or had stalked her because the individual was privy to her early-morning schedule. Huisentruit typically left her apartment for work at 3 a.m.

"Poor Jodi. She loved life so much," Nathe said. "I just pray she didn't know she was going to go that way."

"We lost so much when we lost her," she continued. "She was the sunshine of our family."

Over the years, the names of several persons of interest emerged.

John Vansice, a neighbor and friend of Huisentruit's, immediately came forward and said he was the last person to see the news anchor alive, according to police. Vansice, who was much older than Huisentruit, told detectives that she had visited his apartment the night before, and that the two had watched a video Vansice filmed of Huisentruit's birthday party just weeks earlier.

Vansice denied any connection to the abduction and has since moved from Iowa to Phoenix, Ariz.

The search for Jodi Huisentruit continues

Many Iowans have not given up on the search for Huisentruit.

The hashtag #LightsForJodi recently encouraged residents to leave their porch lights on over the weekend.

"The investigation into her disappearance continues and is an active case being worked by the Mason City Police Department and the Iowa Division of Criminal Investigation," Police Chief Jeff Brinkley said in a 2020 news release. "We appreciate the work the media has done to keep Jodi’s story in the public eye in support of our investigative efforts."

FOX News and the Associated Press contributed to this report. This story was reported from Los Angeles.