When in war: Converting trucks into mobile hospitals for frontline workers in Armenia

Vahe Karapetyan’s food truck invention is now making the difference between life and death as the fighting between Armenia and Azerbaijan rages in Artsakh.

LOS ANGELES - If you’ve ever eaten street food from a lunch truck, you can thank a local Southern California engineer. Vahe Karapetyan’s invention is now making the difference between life and death as the fighting between Armenia and Azerbaijan rages in Artsakh.

Karapetyan initially came up with the idea to allow his factory to mass-produce modern chuckwagons. His career has revolutionized our access to safe, hot meals anywhere. 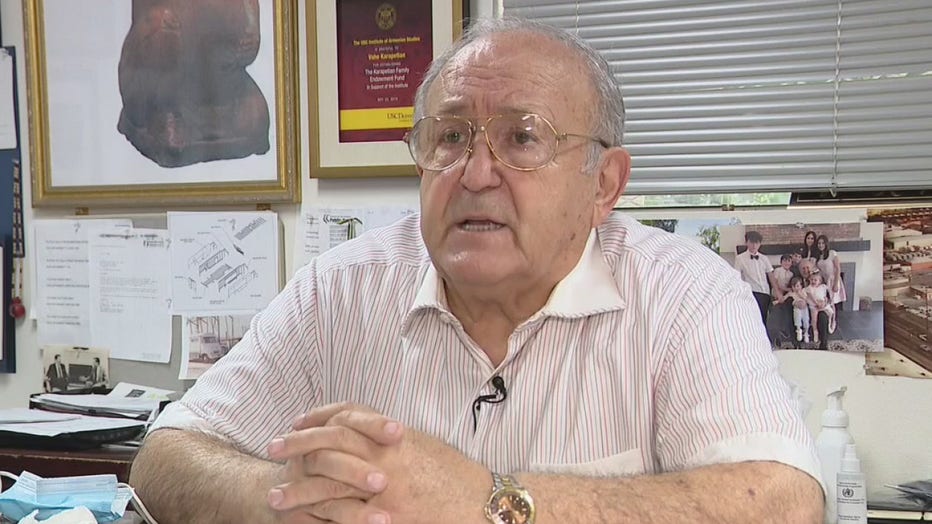 For 50 years now, Karapetyan has been manufacturing food trucks out of South Los Angeles.

He is a businessman, but he is also no stranger to philanthropy. He’s been sharing the bounty of his blessings with charities in the U.S. and around the world, including Armenia.

"I try to support my nation as much as I can and do my national duty," said Karapetyan.

To help create jobs in Armenia, Karapetyan set up a food truck factory, recruited dozens of engineers and experienced factory workers and then put them to work.

"I try to be helpful and put some kind of manufacturing with those utility trucks in Armenia to create some kind of business," Karapetyan explained.

His plan was to sell catering trucks to serve foodies in Europe and the Middle East.

But on September 27, everything changed. 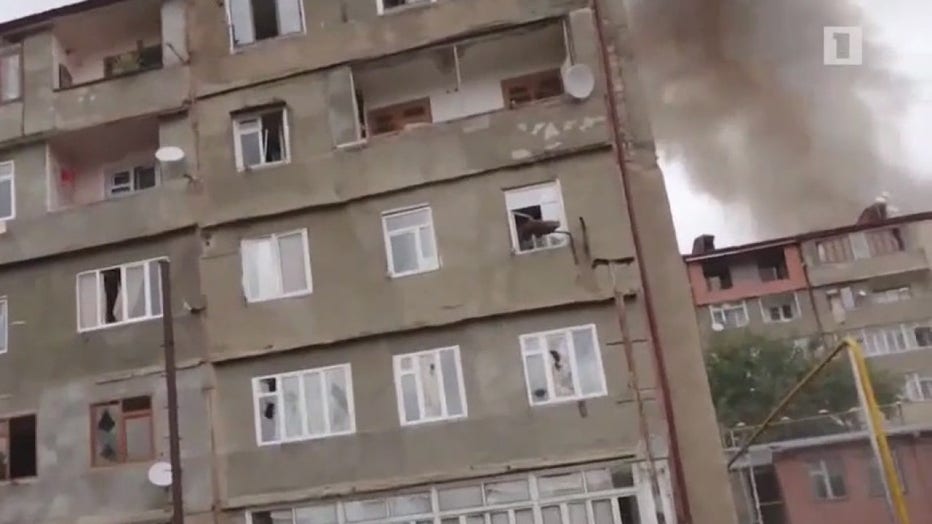 Karapetyan said he woke up to read the headlines that Azerbaijan had attacked Armenia.
But he says what was even more upsetting, was that Azerbaijan was denying this and was accusing Armenia of launching the attacks.

"I feel very, very hurt and bad because they were attacking. Azerbaijan was attacking that small country, 150,000 population and it's not enough that Turkey is supporting them. Not only is Turkey helping Azerbaijan, Israel is helping. That’s a painful corner," said Karapetyan.

Recognizing how serious the situation was, engineers in Armenia shifted gears and began working around the clock.

"We quickly decided that all the trucks we have, around 40 vehicles, should serve one purpose -- the Armenian nation and its army. We quickly adapted to the new circumstances." 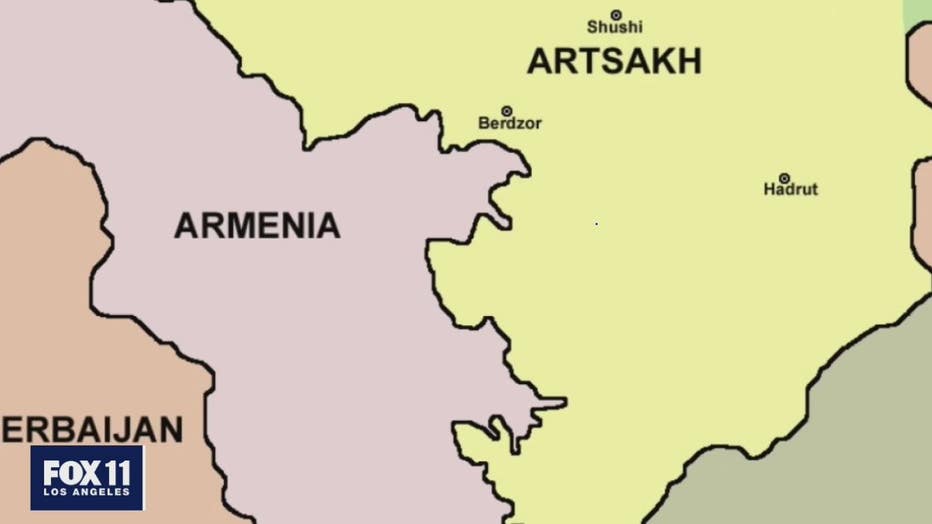 They’ve been busy converting these food trucks into mobile emergency rooms. Instead of serving meals, they’re saving lives in the war zone, providing emergency medical care when hospitals are too far away and the injuries are too critical.

Karapetyan has also helped finance the Armenia Fund’s construction of a lifeline highway connecting Artsakh to Armenia 25 years ago.

Since then, he has footed the bill for the annual maintenance costs of the highway. That land bridge is now the only functioning path between the front lines and Armenia. Now, this road is being used by locals to escape and for the injured to be rushed to safety.

Now like everyone else in the Armenian- American community, Karapetyan is monitoring the internet and the news, hoping for an update that the U.S. or European leaders are going to intervene and stop this war.

Meanwhile, Secretary of State Mike Pompeo is set to meet separately with the Foreign Ministers of Armenia and Azerbaijan on Friday, Oct. 23.

Armenia’s Foreign Minister Zohrab Mnatsakanyan is pushing for the United States to halt military assistance to Azerbaijan and sanction Turkey for supporting Azerbaijan.