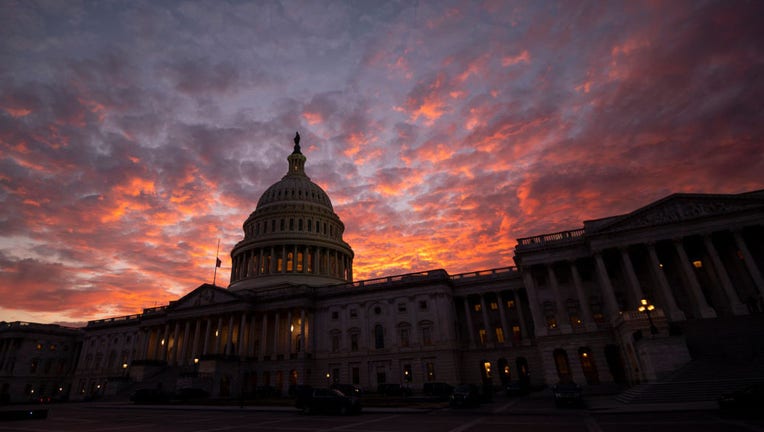 WASHINGTON - The U.S. Senate filibuster is among the upper chamber’s "most characteristic procedural features," according to the Congressional Research Service.

The Senate has a longstanding practice of allowing any senator to object to the proceedings, what’s generally referred to as a filibuster that can prolong debate and delay or prevent a vote on a bill, resolution, amendment or other debatable question.

"Whether praised as the protector of political minorities from the tyranny of the majority, or attacked as a tool of partisan obstruction, the right of unlimited debate in the Senate, including the filibuster, has been a key component of the Senate’s unique role in the American political system," an official historical overview states.

The term became a part of the American political lexicon as early as the 1800s. The earliest filibusters also led to the first demands for what is now known as "cloture," a method for ending debate and bringing a question or measure to a vote.

The type of filibuster most Americans are familiar with is the marathon speech by a small group of senators or even a single senator. This was depicted by Jimmy Stewart in the 1939 film "Mr. Smith Goes to Washington" or as South Carolina Sen. Strom Thurmond did to stall the 1957 Civil Rights Act.

How does a filibuster end?

Prior to 1917, the Senate rules did not provide for a way to end debate and force a vote. That year, the Senate adopted a rule to allow a two-thirds majority to end a filibuster, according to its official website.

Once the debate is brought to a close, senators can move forward with consideration of the measure at hand, amendments or even final votes.

What has sparked recent calls to change the filibuster rules?

Now as both the U.S. and Congress have grown more partisan, the filibuster has become a key weapon in what is often described as a procedural arms race in the Senate. Year by year, more and more senators threaten to wage filibusters to block legislation. Overcoming filibusters can take days, if not weeks.

Even without a senator holding the floor, filibusters have forced senators into all-night and weekend votes to advance legislation, as happened during the passage of the Affordable Care Act.

"Filibusters and the prospect of filibusters shape much of the way in which the Senate does its work," the CRS report said. 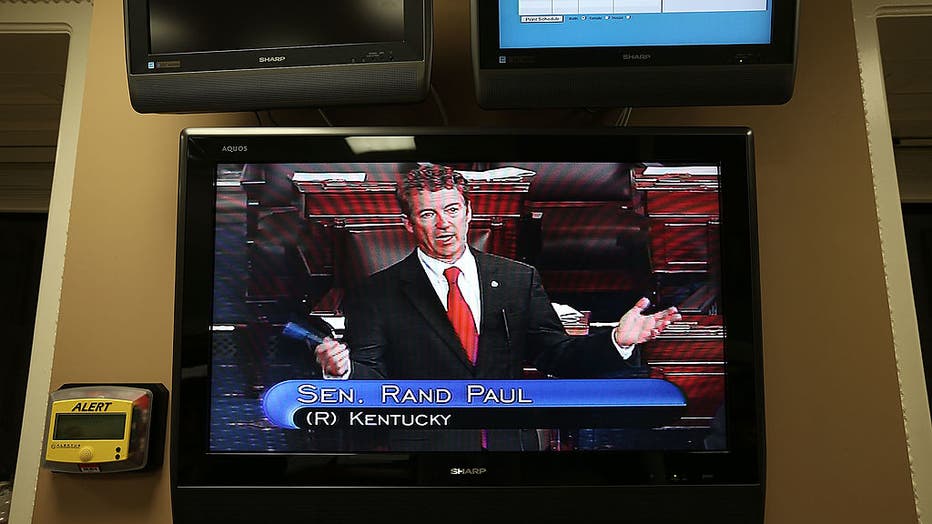 FILE - U.S. Sen. Rand Paul (R-KY) is seen on a TV monitor as he participates in a filibuster on the Senate floor on March 6, 2013 on Capitol Hill in Washington, D.C. Paul was filibustering the Senate to oppose the nomination of John Brennan to be the

President Joe Biden, during a speech Tuesday in Atlanta, is expected to endorse the idea of changing U.S. Senate filibuster rules to allow action on voting rights.

Biden, a former longtime senator who largely stands by existing rules, has waded more cautiously into the debate in the past — but is now also under more political pressure to engineer a breakthrough on the stalled voting rights legislation.

Voting rights advocates in Georgia and nationwide are increasingly anxious about what may happen in 2022 and beyond, following the enactment of Republican-pushed laws that make it harder to vote coming off Donald Trump’s loss in 2020 and his subsequent push to overturn the results, despite no evidence of widespread fraud.

Georgia has been at the center of it all, one of the key battleground states in the 2020 elections. After the votes were counted and recounted, Trump told a top state election official he wanted the official to "find" enough votes to overturn his loss. The state’s votes nonetheless went to Biden, and both of its Senate seats went to Democrats as well.

In 2021, Georgia’s Republican governor signed a sweeping rewrite of election rules that, among other things, gives the State Election Board new powers to intervene in county election offices and to remove and replace local election officials. It also includes restrictions on voting by mail, including cutting the time people have to request an absentee ballot and limits where ballot drop boxes can be placed and when they can be accessed.

After Biden called Georgia’s law "Jim Crow in the 21st Century," Gov. Brian Kemp accused the president and others of attempting to "destroy the sanctity and security of the ballot box."

March on for Voting Rights rally draws thousands to DC: 'When we fight, we win'

Alicia Garza, an American civil rights activist known for co-founding the international Black Lives Matter movement, spoke in Washington D.C. Saturday for the March on for Voting Rights rally. Garza and other activists called out the importance of voting rights for all Americans on the anniversary of MLK's 'I Have A Dream' speech.

Congressional Democrats, for their part, have written voting legislation that would usher in the biggest overhaul of U.S. elections in a generation by striking down hurdles to voting enacted in the name of election security, reducing the influence of big money in politics and limiting partisan influence over the drawing of congressional districts.

The package would create national election standards that would trump state-level GOP laws. It would also restore the ability of the Justice Department to police election laws in states with a history of discrimination.

Can the Senate change the filibuster?

It takes 51 votes to change the Senate rules, a tall order at most times but especially in the now evenly split 50-50 Senate. Democrats currently hold a slim majority because Vice President Kamala Harris can be a tie-breaking vote.

But senators have changed the filibuster rules before.

Fed up with the Republicans stonewalling Barack Obama’s executive and judicial branch nominees, Democrats led by then-Sen. Harry Reid of Nevada changed the rules to set a simple 51-vote threshold for confirming people in those positions.

Sen. McConnell says democrats want to "blow up the Senate" during presser on filibuster, immigration

Senate GOP leaders hold a press conference to discuss the calls from Senate democrats to eliminate the filibuster. Officials also discussed the situation on the southern border. Senate GOP leaders called for the passage of bipartisan bills in Congress.

While several Democrats and advocacy groups call for ridding the Senate of the filibuster on legislation, there still appear to be some holdouts in the party.