Fall finally arrived in California with back-to-back weekend storms that brought chilly temperatures, rain and snow to much of the state after months of hot weather that fueled enormous wildfires.

LOS ANGELES - Fall finally arrived in California with back-to-back weekend storms that brought chilly temperatures, rain and snow to much of the state after months of hot weather that fueled enormous wildfires.

Several inches of snow fell in mountains east of Los Angeles, where tire chains were required and a winter storm warning was in effect through 10 p.m. Sunday. Gusty winds were predicted throughout the region until early Monday.

Downtown Los Angeles was drying out after receiving 0.11 inches (2.8 millimeters) of rain on Saturday, breaking a streak of 172 days with no measurable precipitation, according to the National Weather Service. 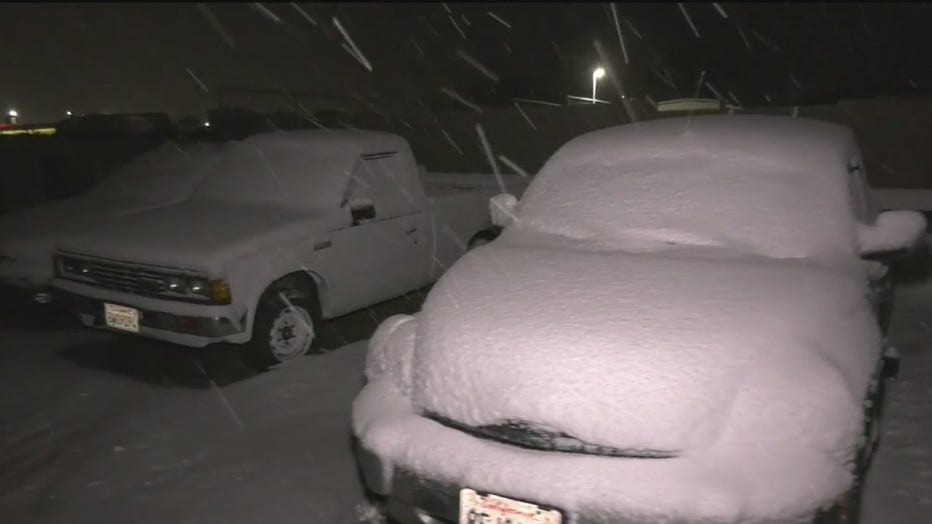 “This breaks the old record from 1885 by 10 days! Pretty incredible! Time to enjoy temps in the 60s again!” the weather service said on Twitter.

Significantly more precipitation — at least 1.5 inches (3.8 centimeters) of rain — fell in other parts of Southern California.

The Los Angeles County Department of Public Health warned swimmers and surfers to avoid the ocean near discharging storm drains, creeks and rivers because the water is likely to be contaminated by bacteria, chemicals, debris and trash. The advisory was in effect through Tuesday morning but could be extended, officials warned.

To the north, the second of two low-pressure fronts brought showers and chilly temperatures to hills and coastal areas south of San Francisco late Saturday.

Travelers were urged to use caution in the Sierra Nevada, where heavy snow fell Sunday and more than a foot (30 centimeters) was expected after the system moved through, forecasters said.