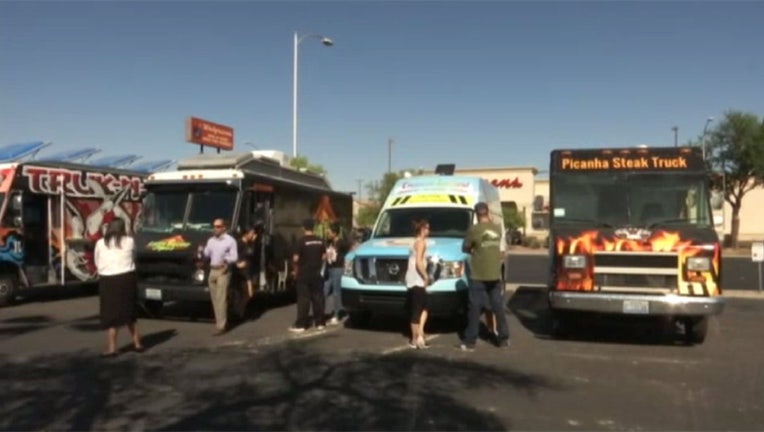 LAS VEGAS, Nev. (FOX 11) - A 'wall' of taco trucks will be 'built' outside of Trump's Las Vegas hotel Wednesday morning... just ahead of the final presidential debate.

A spokesperson for The Culinary Union says there will be at least five taco trucks parked in front of the Trump International Las Vegas Hotel.

It's located just a couple of miles from where the third and final debate will be held.

The director of The Culinary Union says the stunt is to remind presidential hopeful Donald Trump that immigrant workers will be watching the debate - and voting in November.