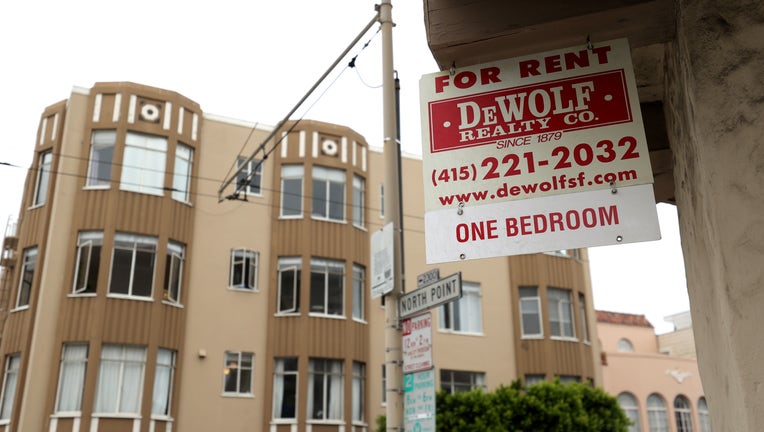 SAN FRANCISCO, CALIFORNIA - SEPTEMBER 01: A for rent sign is posted in front of an apartment buidling on September 01, 2020 in San Francisco, California. San Francisco rental prices have dropped nearly 15 percent in the past year as residents begin m

SAN FRANCISCO (AP) - California voters on Tuesday rejected a measure that would have allowed cities to expand rent control.

Proposition 21 would have let cities limit rent hikes on properties that are more than 15 years old.

“No” votes led early and the lead expanded to 59% after more than 10 million ballots were counted.

Opponents argued that the measure would have discouraged new home construction at a time when it’s sorely needed. Proponents said the measure was an urgent attempt to slow spiraling rent increases.

A recent report said more than half of California’s renters spend over 30% of their incomes on rent.

California is home to nearly 40 million people and for decades as its population expanded the state failed to build enough housing to meet demand. Meantime, U.S. Census data shows the median gross rent for a two-bedroom unit jumped 25% in the four years through 2019.