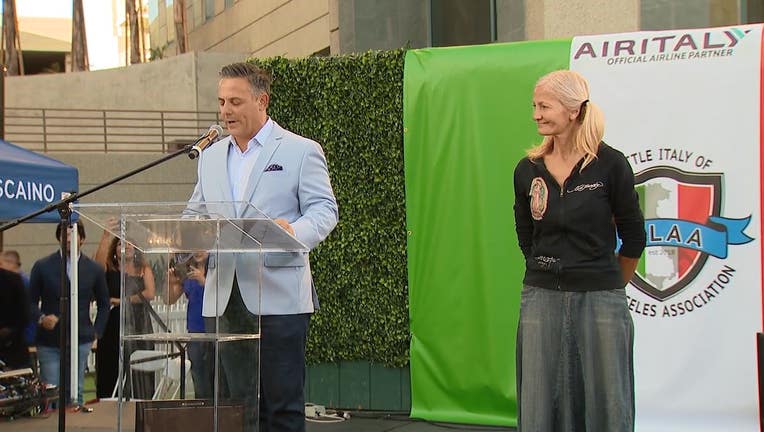 LOS ANGELES (FOX 11) - Several people waited in anticipation to hear Emily Zamourka sing during a concert for the grand opening of Little Italy in San Pedro.

Zamourka went viral after an officer with the Los Angeles Police Department posted a video of her signing opera at the Metro Purple line in Koreatown.

Her voice captured the hearts of people across the nation.

Saturday afternoon thousands of people gathered in the area of 6th St. between Centre and Palo Verdes St. for an annual block party hosted by Councilmember Buscaino.

She hopes her music helps bring awareness to the homeless crisis in L.A.

Zamourka, who is Russian-born, said she became seriously ill three years ago, and that illness had bankrupted her…forcing her out on the streets.

“Thank you so much for all that is happening now. I really thank you, I’m so overwhelmed,” Emily said during the event.

She says she's considering multiple offers to get her into a recording studio and off the streets for good.

A GoFundMe page for Emily has raised over $60,000, the money will help buy her a new violin and find housing.