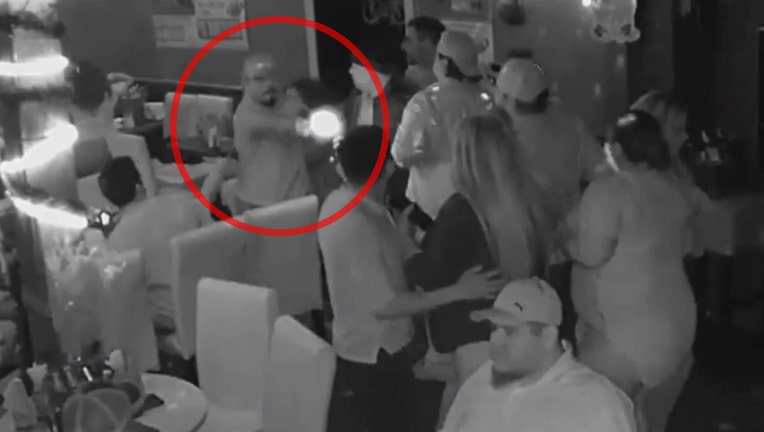 LOS ANGELES - Police Friday released security video of a shooting in a bar in the Westlake area that left a man wounded, and sought public help to solve the crime.

The shooting occurred about 12:50 a.m. on Jan. 4 in the 2700 block of West Seventh Street, according to the Los Angeles Police Department.

Detectives from the Los Angeles Police Department’s Rampart Area are seeking the public’s assistance in identifying the suspect responsible for shooting another man.

"The male victim ... became involved in an argument with the suspect," a police statement said. "During the argument, the suspect drew a firearm from his waistband and shot the victim."

The wounded man was treated at a hospital and released.

The gunman was described as Hispanic, about 35-40 years of age, about 5 feet 7 inches tall and weighing about 180 pounds. He was wearing a black hat, black T-shirt, and gray pants.