Four people were taken to the hospital after a vehicle slammed into a vehicle in Koreatown on the morning of Sept. 7.

LOS ANGELES - Four people were taken to an area hospital after a white car plowed into a homeless encampment in Koreatown Tuesday morning, fire officials said. 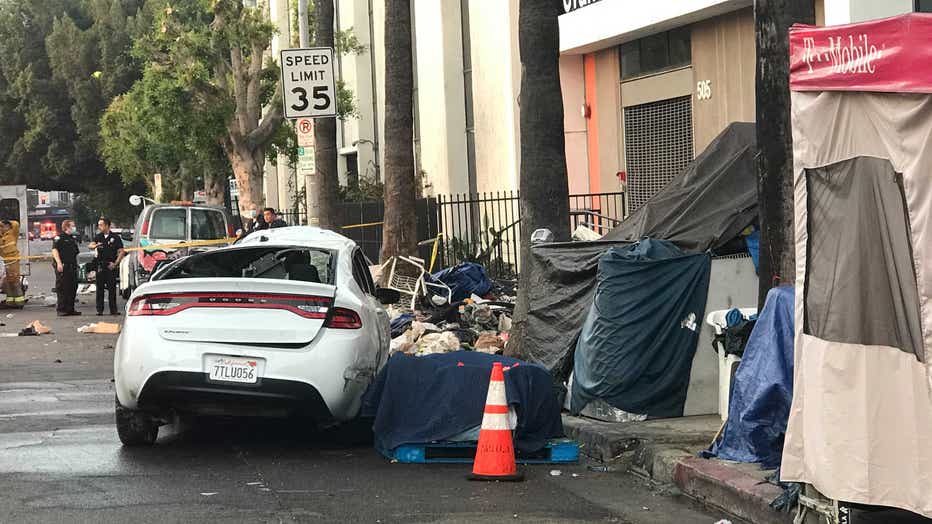 The incident was reported at the intersection of Virgil Avenue and 5th Street at 6 a.m. when a vehicle involved in a collision was sent spinning onto the sidewalk and into the encampment where a 65-year-old man was sleeping on a sofa, according to the Los Angeles Fire Department.

Firefighters were able to successfully free the man trapped underneath the vehicle by lifting the car using the Jaws of Life.

Three young men were inside the Dodge sedan and were able to pull themselves from the vehicle. They were taken to the hospital with minor injuries.

The man experiencing homelessness was also taken to an area hospital with moderate injuries, LAFD said.

Man freed after car crashes into homeless encampment in Koreatown

One person was rescued after a vehicle plowed into a homeless encampment on the morning of Sept. 7.